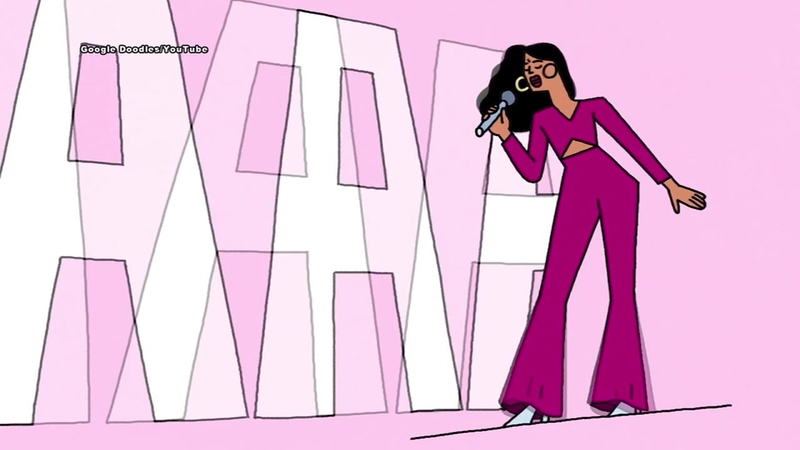 Google is honoring the Queen of Tejano music with her very own Doodle.

The Doodle also links to a special online exhibit featuring personal artifacts from the Selena Museum in Corpus Christi.

Selena started singing the Tejano music that eventually made her famous in her father's restaurant in Lake Jackson, Texas. Her father Abraham taught the family band and named them Los Dinos after his own group from earlier years. Selena's brother, A.B., played bass, and her sister, Suzette, played drums.

Selena was only 15 when she won female entertainer of the year at the Tejano Music Awards. She rose to stardom in the traditionally male-dominated Tejano music industry and achieved crossover fame after her death, with the release of her English language album, "Dreaming of You."

2017 marked 22 years since Selena was murdered.

More than two decades after her death, her influence is still being felt. Her official Facebook page has nearly 4 million likes.