Dreaming of You: Why we still love Selena 25 years after her untimely death 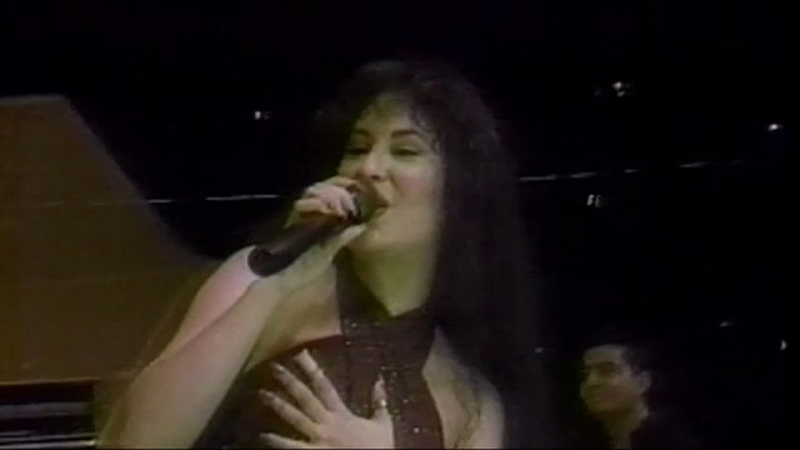 Dreaming of You: Why we still love Selena

Tuesday marks 25 years since Tejano star Selena was killed. She died just a couple of weeks shy of her 24th birthday.

Since then, her star has only continued to rise with her memory being commemorated in an array of forms from a MAC makeup collection to rumors a new TV show inspired by the late singer is being developed.

Items bearing her image tend to sell out instantly, which speaks to the hold her influence still has on fans.

We're celebrating her life with a look at five of the things we still love about Selena.

Considered the Queen of Tejano, Selena started singing at a young age in her family's band Selena Y Los Dinos.

Fast forward to 1989 when her self-titled album was released.

She captivated audiences with her vocal range and how she incorporated cumbia dance into her music.

But she also proved she could crossover with ease to any genre.

During what would become her final show before her death, Selena performed a disco medley at the Astrodome in 1995.

Selena's legacy will be celebrated with this star-studded concert!

Nicknamed the Mexican Madonna for her dazzling stage outfits, Selena designed her own costumes.


Who can forget that iconic purple jumpsuit she wore during the Houston Livestock Show and Rodeo?

From crop tops and boleros to bedazzled bralettes and belt buckles, the star also donned hand-beaded bustiers, including one worn at her 1994 Houston Astrodome Concert.

Selena opened two boutiques, one in Corpus Christi and another in San Antonio.

Selena continues to be recognized for her work.

Fans can explore Selena's career anytime at the museum built by her family in Corpus Christi.

Her love for her fans:

Fans love Selena, but she also loved them back and not just because they listened to her music.

According to her father Abraham Quintanilla, Selena loved kids and visited schools to tell them how important it was to have an education.

She even had a stay-in-school campaign in 1994.

Today, her family runs the Selena Foundation, which helps children with their education and contribute to their lives personally and professionally.

You can now watch Selena's last concert on Amazon Prime

How her success broke barriers

Selena hit many achievements during her career, including winning the Grammy Award for best Mexican-American album for Live in 1994.

This was the first time a female Tejano artist won the category.

Despite her success, Selena also had to overcome the challenge of breaking into the male-dominated industry of Tejano music.

In an interview on her official Twitter page, she said her father had a hard time securing gigs because "many male promoters didn't think a female artist could attract huge crowds like men do, but.... wrong."