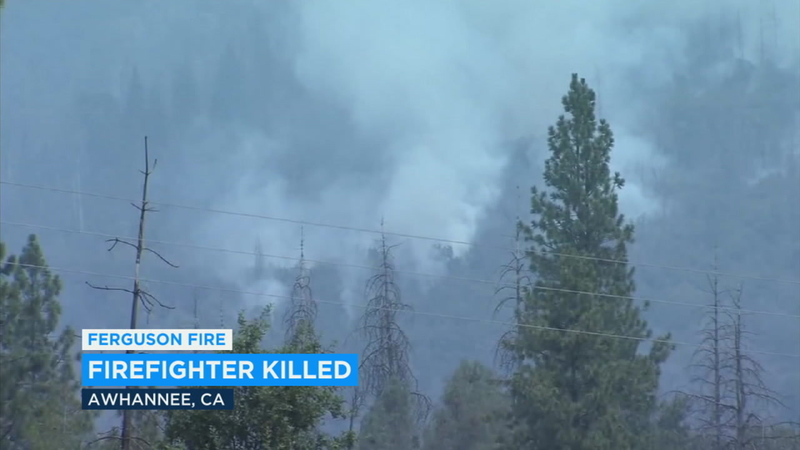 A firefighter from Sequoia and Kings Canyon National Parks was killed in the line of duty at the Ferguson Fire Sunday morning.

The firefighter and his crew were engaged in a tactical firing operation on the east side of the Ferguson Fire.

They were operating in an area with a large amount of tree mortality.

The firefighter was struck by a tree. He was treated at the scene but passed away before he could be transported to a hospital.

"The team at Sequoia and Kings National Parks is devastated by this terrible news," said parks superintendent Woody Smeck. "Our deepest condolences go out to the firefighter's family and loved ones. We grieve this loss with you."

The Ferguson Fire in Mariposa County near Yosemite National Park has burned more than 50,000 acres since it started on July 13.

A procession to honor the firefighter will line the streets of Mariposa, set to begin at 3:30 p.m.