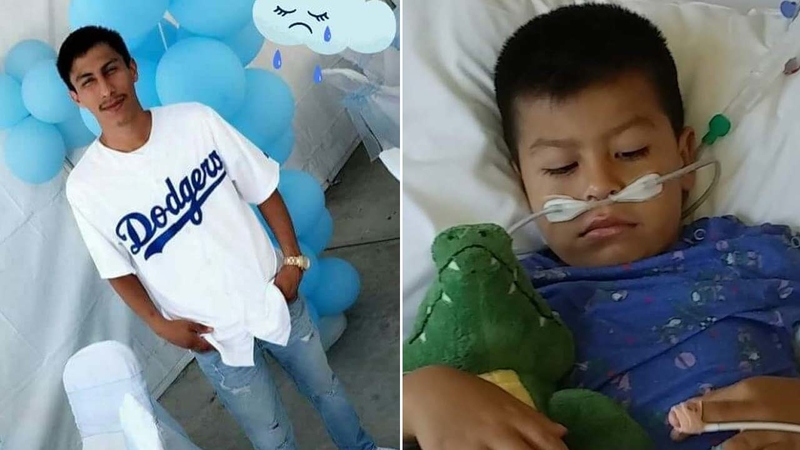 SoCal man drowns trying to save boy from raging river

NEWHALL, Calif. (KABC) -- A 22-year-old Santa Clarita man drowned after jumping into a raging river in Sequoia National Park to save a 5-year-old little boy.

Victor Mozqueda's father Humberto said his son would have given his life to save a stranger. Mozqueda ended up losing his life while saving a young family member.

"Vincent, the 5-year-old, slipped, and bounced off the rocks and landed on the water, so as soon as Victor saw that, he jumped in without hesitation. He did not know how to swim, and he was dragged to the stronger currents right away," said Ivan Gonzalez, Mozqueda's brother-in-law.

Little Vincent Gonzalez is now recovering in the hospital as family members prepare to bury the hero who died saving him on Saturday.

"He went under for two to three seconds with the child, he never let him go, and the last thing he did was throw him at my brother for him to pull him out. My brother barely grabbed him and tossed him to his wife, and Victor went under, and they couldn't chase him," Gonzalez described.