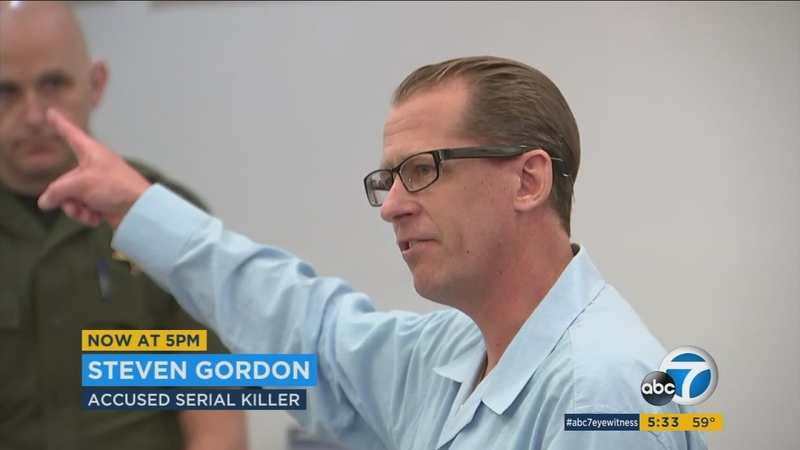 SANTA ANA, Calif. -- A suspected Orange County serial killer is representing himself in a Santa Ana courtroom, looking to put the blame for the deaths of four women on his alleged accomplice.

"Only cowards hide behind their attorneys," Steven Gordon said as he began his defense with his own life on the line.

Prosecutors say the women were working as prostitutes in Santa Ana and Anaheim when Gordon and Franc Cano allegedly picked them up in 2014 and killed them.

Estepp's body is the only one that's been found.

Three sheriff's deputies stood guard in court as Gordon spent much of his opening statement blaming Cano for the crimes.

"In no way am I a saint, but I have a conscience," Gordon said in court. "He does not. He's a predator."

Both men are registered sex offenders.

During the prosecution's opening, graphic text messages between the two men were read, allegedly plotting the crimes.

In his statement, Gordon claimed Cano used both phones to create the conversations.

Cano also faces the death penalty if convicted. His trial date has not been set.