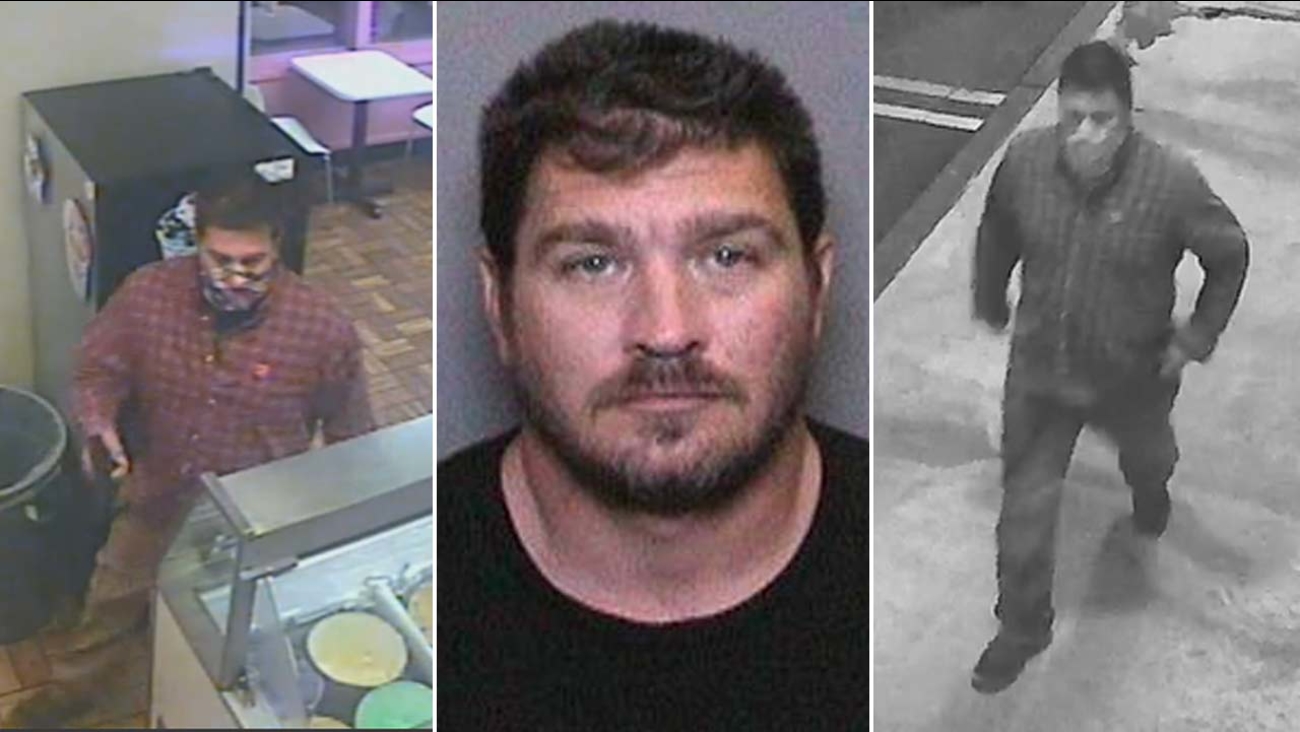 Matthew Scott Rendon, 36, is seen in surveillance images and a booking photo provided by the Orange County Sheriff's Department.

MISSION VIEJO, Calif. (KABC) -- A Mission Viejo man suspected of robbing nine retailers in Orange and San Bernardino counties in the past five weeks has been arrested.

Matthew Scott Rendon, 36, was arrested Tuesday night. He was wanted in connection to a slew of armed robberies that resulted in a total loss of approximately $3,500, Orange County sheriff's officials said.

During the robberies, Rendon would brandish a firearm and demand cash from the various businesses he targeted, including ice cream shops, game stores and gas stations, according to officials.

He would usually wear an American flag bandana tied around his face and a flannel shirt during the heists, investigators said.

Authorities did not specify if any other cities in San Bernardino County were impacted.

Orange County sheriff's investigators and crime analysts picked up on Rendon's behavior and patterns and were able to build a case. They noticed that Rendon committed the robberies on a Monday-Wednesday-Friday schedule and seemed to prefer stores in strip malls along main thoroughfares.

Authorities were able to use this information to identify Rendon as the suspect.

Authorities searched Rendon's car during his apprehension and found a handgun, an American flag bandana and a thick flannel shirt. This discovery led investigators to believe that Rendon was on his way to carry out another armed robbery.