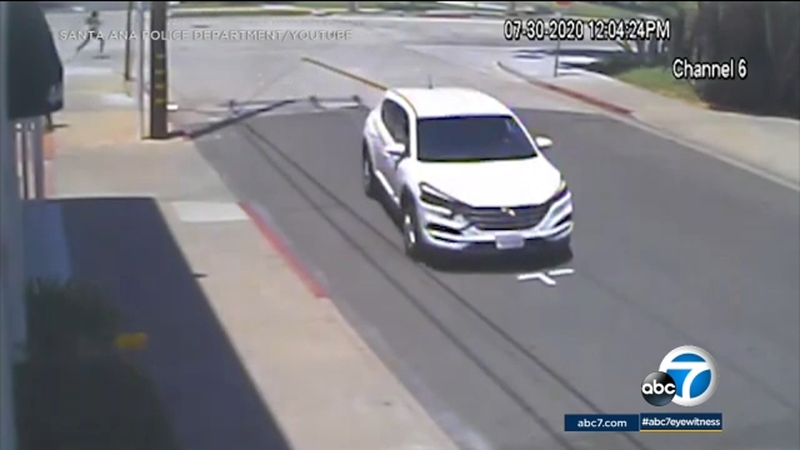 SANTA ANA, Calif. (CNS) -- On Friday, police asked for the public's help tracking down a young man who tried to kidnap and sexually assault a 15-year-old girl last month in Santa Ana.

The suspect made lewd comments while offering to pay for sex acts with the victim on July 30 in the 800 block of North Ross Street, according to Santa Ana police Cpl. Anthony Bertagna.

The girl ignored him and kept walking away, but the suspect walked up behind her and "sexually battered her'' before trying to grab her and lift her up, he said.

The girl fought back, got free and ran away, Bertagna said.

The suspect ran to a white compact SUV and drove off, he said. The vehicle is believed to be a 2016 or 2017 model white Hyundai Tucson with front-and rear-end damage, Bertagna said.

The suspect was described as a 19- to 20-year-old Latino man with brown hair and a thin build. He was last seen wearing black shorts and a blue shirt.