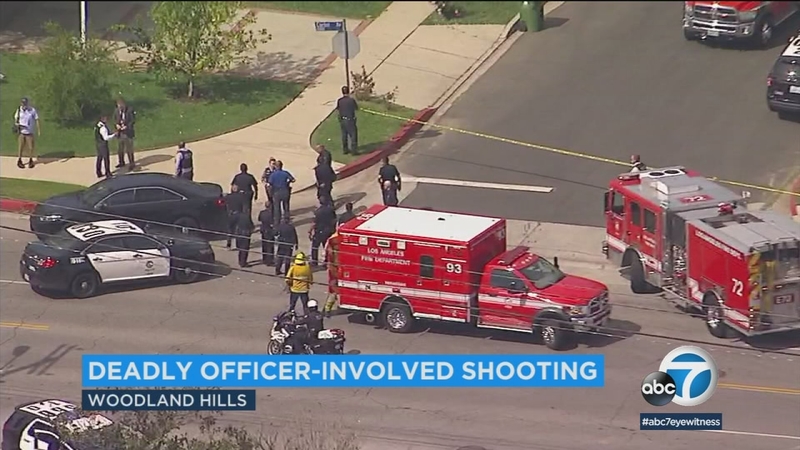 WEST HILLS, LOS ANGELES (KABC) -- A suspect who was fatally shot by police after he shot and wounded an officer last week in Woodland Hills has been identified as the so-called "Shaggy Bandit," who had been sought in a series of robberies, authorities announced Thursday.

Daniel Joseph Carver, 29 was killed April 9 in a confrontation with Los Angeles Police Department officers in the area of Corbin Avenue and Victory Boulevard.

According to the LAPD, police gave chase after spotting Carver driving a newly stolen car. He allegedly attempted to flee on foot before opening fire in an alley.

One officer was shot in the leg, and another suffered cuts and abrasions. Both were transported to a hospital for treatment. Carver was pronounced dead at the scene after the officer-involved shooting.

"While the officers couldn't know Carver was a career criminal and active serial robber, Carver knew that and he didn't want to get caught," LAPD Capt. Paul Vernon said in a statement, adding that the suspect was on parole "with two strikes" at the time of the incident.

"No doubt, this man was on the prowl the morning of April 9 to pull another armed robbery," Vernon added.

Carver had been dubbed the Shaggy Bandit after the March 25 robbery of a GameStop store in West Hills, which was captured on surveillance video. In that holdup, police said, he made off with $1,000 in cash and an unspecified number of video games.

Carver was also suspected in the robbery of a nearby post office, prompting the postal inspector to issue a $50,000 reward.