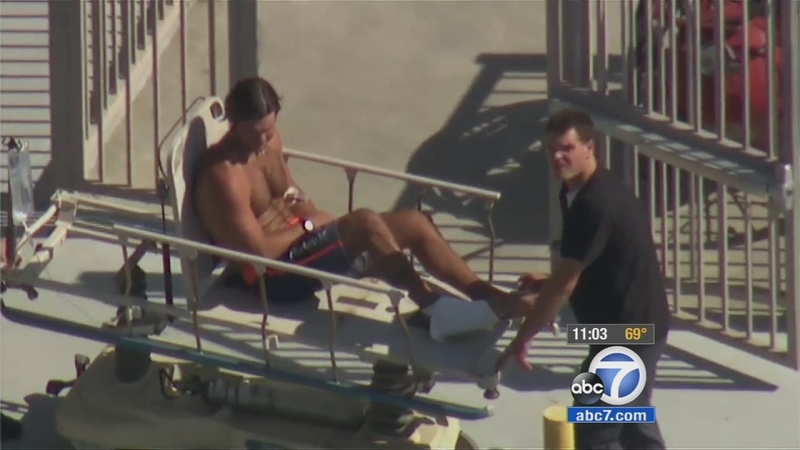 MALIBU, Calif. (KABC) -- A possible 10-foot hammerhead shark bit a kayaker on the foot off the coast of Malibu Saturday afternoon.

Kyle Hudgins, a friend of Marks who witnessed the attack, said the pair were fishing off their kayaks when the incident occurred.

"We were out there fishing for yellowtail and all of the sudden four hammerheads circled us. He had his foot over the side and he just got bit," Hudgins said.

After he was bit, Marks flagged down a nearby fishing boat that took them back to shore. Based on Marks' social media accounts, this was not his first encounter with a shark. He's posted photos and videos of encounters he's had with the marine animals.

Despite the terrifying encounter, Hudgins said he plans to head back out on the water Sunday.

Marks was airlifted to Los Robles Hospital and Medical Center in Thousand Oaks. Medical personnel said the bleeding was controlled. He is in stable condition.