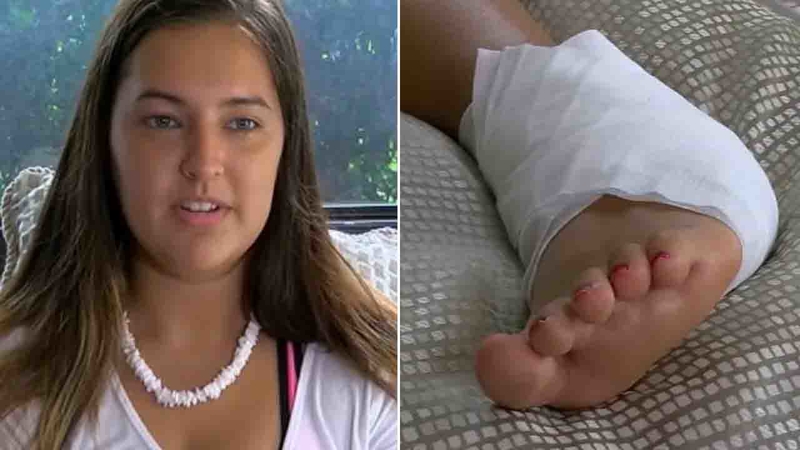 Teen bitten by shark as she's boogie boarding in Florida

SARASOTA, Florida -- A 16-year-old girl is recovering after a shark bit her foot while she was boogie boarding in Florida.

Jackie Jozaitis was in knee-high water off the coast of Amelia Island on Friday when the attack happened.

The teen said she ran onto the beach, where a friend helped wrap the injury with a towel and elevated her foot.

"The main thing for me to come out of this was to make sure of your surroundings and to be knowing of what's happening around you. Because maybe if I had decided not to go during sunrise... that's when the sharks feed during sunrise and we didn't know that, " Jozaitis told WWSB.

The bite was near Jozaitis' Achilles tendon.

Doctors told her she can't put any weight on her foot for at least six weeks.

A 17-year-old girl was bitten by a shark near Atlantic Beach on Sunday afternoon.

A 21-year-old woman from Torrance was attacked by three sharks and killed while snorkeling with her family in the Bahamas, officials said.

An 8-year-old boy was bitten by a shark Sunday afternoon at Bald Head Island.