Sheila E. donates her drum set to Fresno band that had gear stolen in Santa Ana 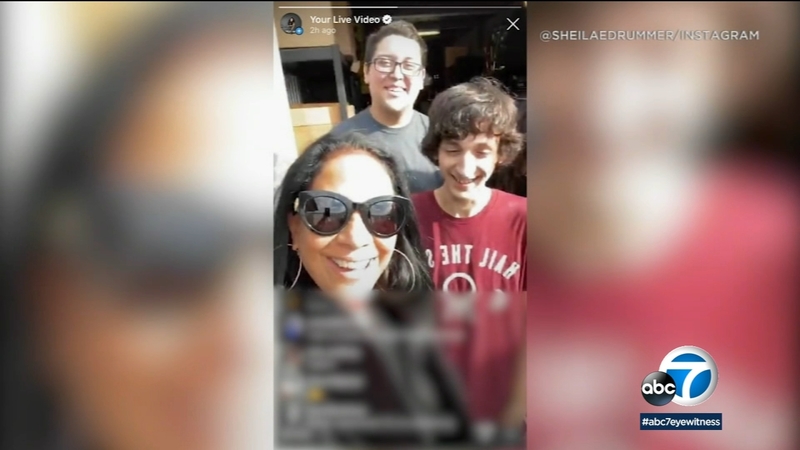 Sheila E. donates drum set to band that had gear stolen in OC

SANTA ANA, Calif. (KABC) -- Drummer Sheila E. came to the rescue of a Fresno band after someone stole all their equipment when they played in Santa Ana Friday night.

"We were super mind blown, like, 'Is this really happening right now?'" said Nathan Castaneda. "Like, this person's talking to us."

Members of Valkyrie Missile performed in Santa Ana last week and were scheduled to start a tour, but an SUV and a trailer carrying their drums, guitars and other equipment were stolen from a hotel parking lot.

The young band members were devastated.

"When I went outside and saw everything, my heart just literally dropped," Castaneda said.

Sheila E. saw their story on Eyewitness News and decided to make a call.

The legendary percussionist and singer gave the group one of her drum sets.

"It's almost too valuable to want to touch," said band member Brynin Brown. "She's going to want to see me play it, and she told me specifically that she wants to see me on it, so I'm going to do that."

The band hasn't recovered any of the stolen property. They're grateful to the people who have reached out with words of support and donations.

They say they hope to find a way to give back to Sheila E.

"The fact that she actually went out of her way just to meet a Fresno band and donate to us, she'll always be in our hearts," Castaneda said.
Report a correction or typo
Related topics:
societysanta anaorange countycelebrityrobberymusic
Copyright © 2021 KABC-TV. All Rights Reserved.
More Videos
From CNN Newsource affiliates
TOP STORIES