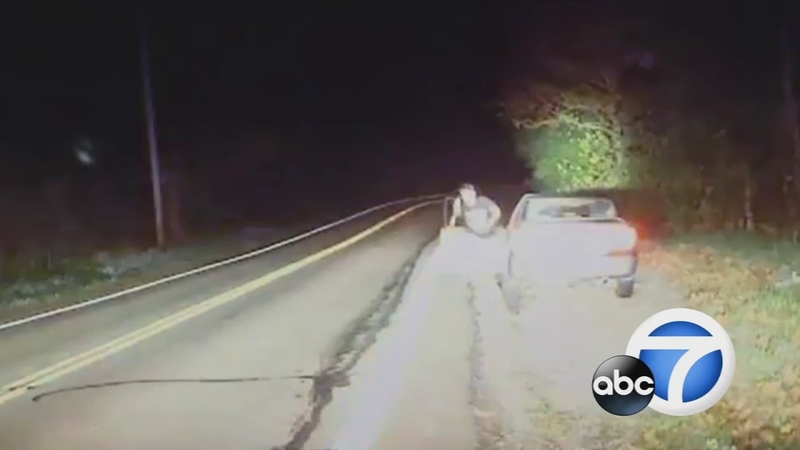 When deputies attempted to pull the stole vehicle over, the sheriff's office said Wickline rammed the cruiser, injuring the deputy inside.

When another deputy got Wickline to pull over, authorities said Wickline stepped out the car and opened fire. Dashcam video from the cruiser captured bullets hitting the hood of the vehicle as the deputy took cover.

The chase ensued again, and deputies said Wickline stopped and allowed a woman, identified as 31-year-old Ashley Wayson, also of Charleston, West Virginia, out of the vehicle as he attempted to flee the scene.

Deputies said after Wayson was in custody, she was able to point authorities to a trailer park where Wickline would be hiding and he was taken into custody.