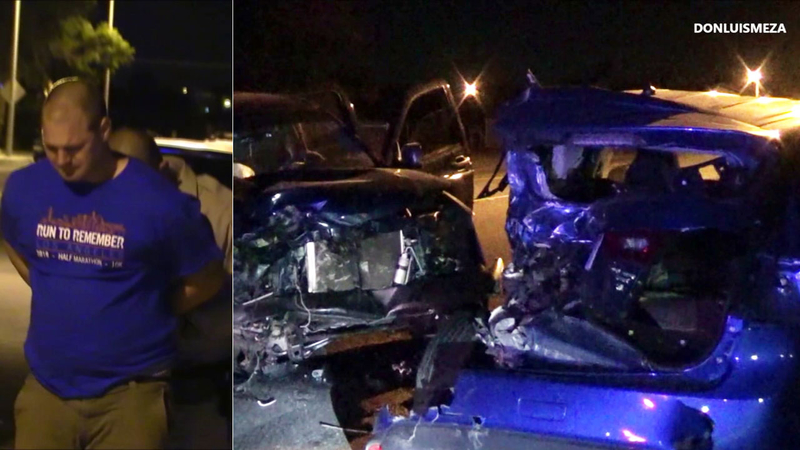 Three of the damaged vehicles belonged to the same family. The crash was reported about 2:45 a.m.

The sheriff's department confirmed that Smith is a deputy who had been with the department for just six months. After the crash, he was relieved of his duties, the department said.

CHP officials said Smith remained at the scene after the crash. He was arrested on suspicion of driving while drunk.