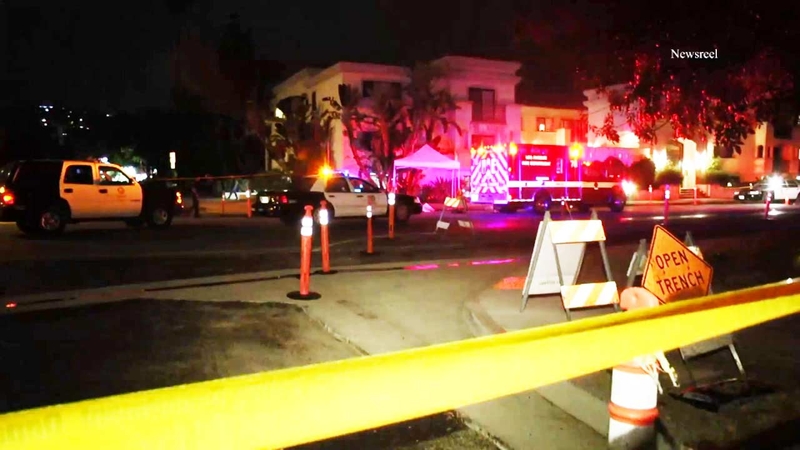 SHERMAN OAKS, LOS ANGELES (KABC) -- A $50,000 reward is being offered for information that leads to the suspect involved in a hit-and-run crash that killed a woman in Sherman Oaks early Sunday.

Los Angeles Police Department officials said the collision happened on Moorpark Street and Matilija Avenue around 2:30 a.m. when the 18-year-old victim was crossing the street.

The woman was crossing to get to her friend's house after coming home from a restaurant. The friend was ahead of her and was on the sidewalk when the victim was struck by what police describe as a maroon or red sedan with tinted windows.

Police said the suspect returned to the scene after the crash, rolled the window down and looked at the body before fleeing.

Officials said the victim was not using a crosswalk but said the suspect should have stayed at the scene.

"The issue here is that the person who was involved in the traffic collision did not stop to render aid, call 911," said Bill Bustos, an LAPD detective. "Unfortunately, that person chose to leave, becoming a felony crime."

Officials said the reward is the city's response to the hit-and-runs in the area.

The woman has been identified, but her name is not being released until her family is notified, according to the coroner's office.

Anyone with information is urged to call the LAPD Valley Traffic Division.