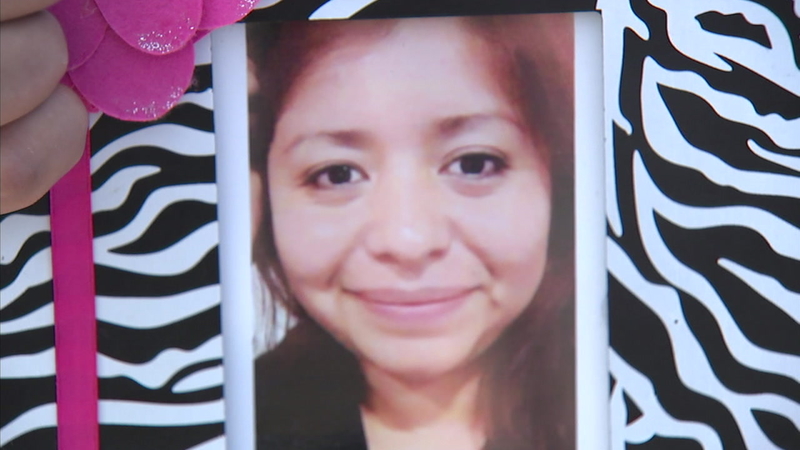 EAST LOS ANGELES (KABC) -- Authorities are searching for a suspect after a stray bullet struck and killed a woman in East Los Angeles.

"I'm tired of the violence. Why do we have to be in the crossfire? We're innocent people. We never bothered anybody," David Aguilar said.

Aguilar is outraged and grief-stricken after that stray bullet killed his fiancée, Yuri Arellano.

He said he and Arellano planned to get married this year. He had just picked her up in East L.A. after working as an Uber driver Wednesday night. Moments later, his window shattered along with his future.

"I told her, I hear shootings. I hear a shooting, but I thought it was distant," he said. "The glass shattered. I panicked, I floored it. When I stopped, which was 10 seconds after, I turned over and she was bleeding out. It's hard. She was bleeding out in my hands. I felt so useless, so desperate."

He said the only thing he wanted to be able to do with her was to share their "I dos" at the altar.

"I'm asking for the community's help to find whoever did this," he said.

Aguilar said his 6-year-old niece was in the backseat and saw the tragedy unfold. He knows his vehicle was not targeted in the shooting, but that stray bullet took the love of his life and he wants the shooter brought to justice.