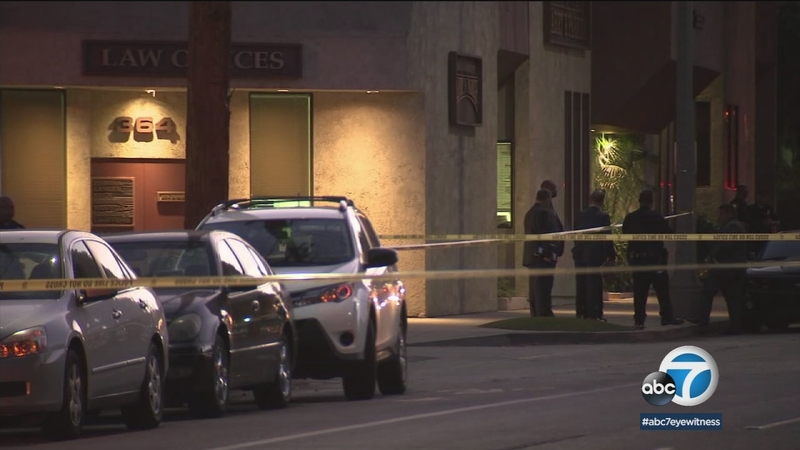 2 dead, including suspect, in shooting at Long Beach law office

LONG BEACH, Calif. (KABC) -- A man and a suspect died in a shooting that erupted inside a law office in Long Beach Friday, authorities said.

The shooting was reported around 2:25 p.m. in the 300 block of East San Antonio Drive.

When authorities arrived, multiple people were found suffering from gunshot wounds. Police said a victim and the shooting suspect were dead at the scene. It appeared the suspect may have taken his own life, according to police.

Another man was shot and had transported himself to a hospital. He is listed in serious condition and expected to survive.

Authorities said the suspect and victims appeared to be employees at the Law Offices of Perona, Langer, Beck, Serbin, Mendoza and Harrison.

Southern California News Group reported the gunman shot and killed one of the firm's senior partners, who they identified as 75-year-old Major Langer. The wounded man is reportedly Ronald Beck, another senior partner at the law firm.

"There was a couple at a time that came out. It wasn't a mad rush of people, but they came out crying," witness Elise McKenna said.

People working and shopping at neighboring businesses were also disturbed by the violence.

"It's scary. You never know what people are going to do, what's going to make them crack," McKenna added.

The investigation, which is being looked into as a workplace violence incident, is ongoing.