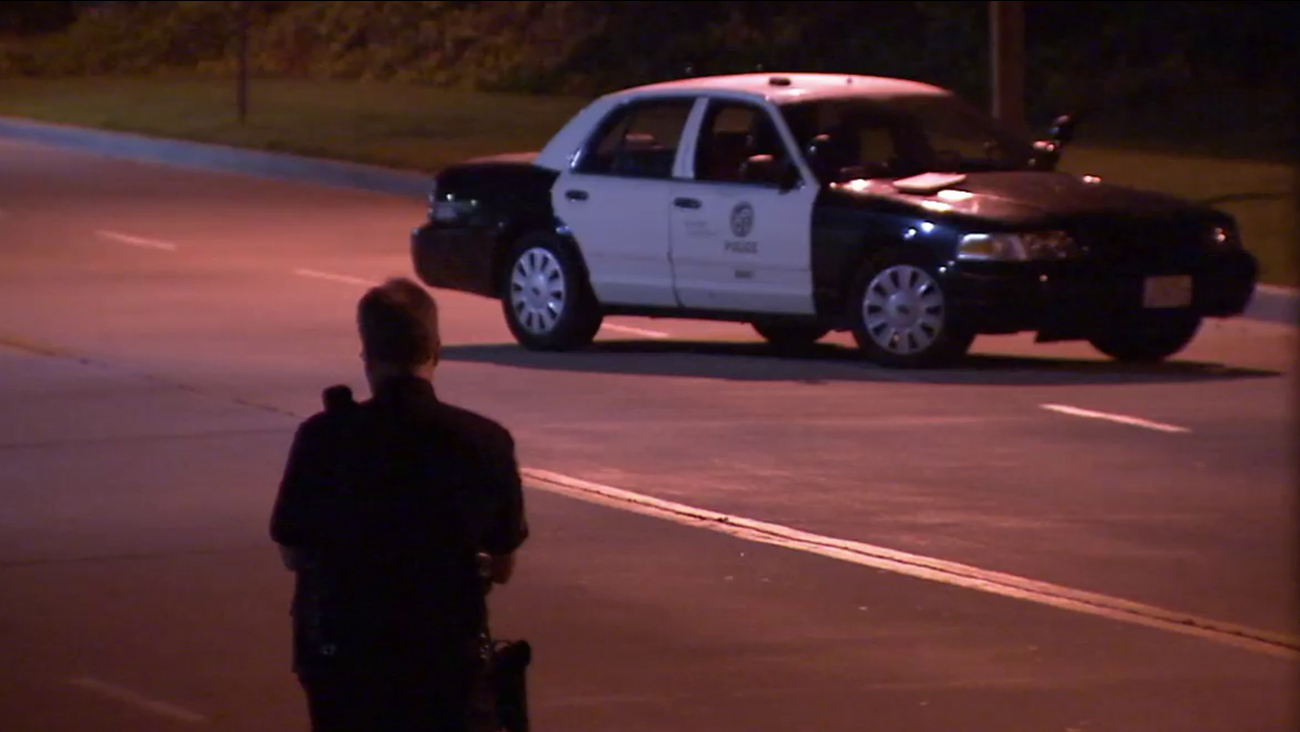 The shooting was reported shortly after 9 p.m. at Campus Road and State University Drive.

The two teens were allegedly riding around in a van on campus and shouting at students prior to the incident. When they parked their car, they were shot by an unknown suspect, police said.

Police believe the shooting did not involve students on campus and was instead related to a gang incident earlier in the afternoon. The suspect remained at large.