A homicide investigation was underway early Wednesday morning after a double shooting during a house party in an upscale neighborhood in Beverly Glen.
KABC
By John Gregory 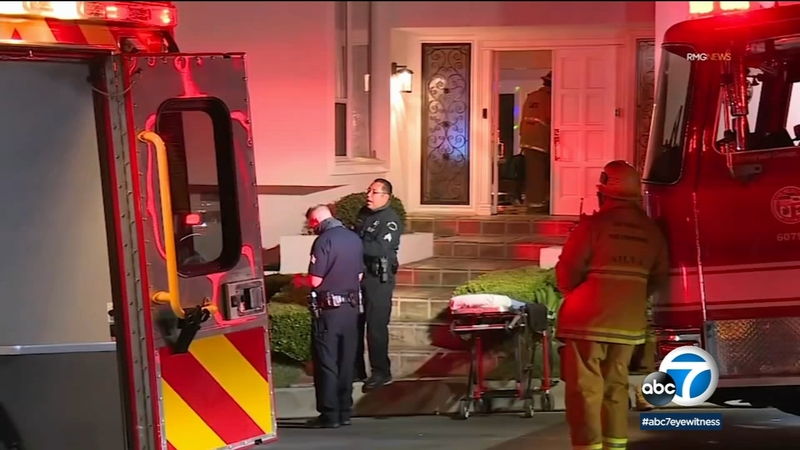 BEVERLY GLEN, LOS ANGELES (KABC) -- One man was killed and another was wounded early Wednesday morning in the Beverly Glen neighborhood after in a shooting at a house party that Los Angeles police said may have involved a gang dispute.

One victim was pronounced dead at the scene, the LAPD reported, and the other was taken to a local hospital, where he was listed in stable condition.

Investigators believe an altercation broke out involving at least one of the victims and the shooter while dozens of people were inside the rental property. The suspect allegedly pulled out a gun and opened fired on both of the victims before fleeing.

"There was an argument between at least one of our victims and the suspect. That argument escalated. The suspect pulled out a handgun and fired shots at both of our victims," said LAPD Det. Meghan Aguilar.

Police have not released a description of the gunman, but detectives believe the shooting may be gang related.

"The LAPD learned the location is a short-term rental and there had been a party with about 25-30 people in attendance,'' according to a police statement. "There were no previous radio calls to this location.''

Gatherings of large numbers of people from different households are prohibited under current health orders amid the pandemic.

Mayor Eric Garcetti announced the City of Los Angeles would go as far as shutting off utilities to houses hosting parties during the pandemic.

Earlier this month, Los Angeles Mayor Eric Garcetti announced a crack down on "party houses" that are violating orders aimed at slowing the spread of coronavirus.

The mayor first announced earlier this month that homes where parties are hosted are subject to potential utility shutoffs, particularly after repeated violations.

Last week, Garcetti authorized the city to shut off utilities to a Hollywood Hills home where several large parties were hosted despite the pandemic and "Safer at Home" orders, as well as multiple warnings from law enforcement.

The crackdown comes after a large house party at a mansion on Mulholland Drive in Beverly Crest on Aug. 3 ended in a fatal shooting.

Residents said the neighborhood is usually quiet, and one woman called for the LAPD to shut down "party houses."

"I think they should be closed down. I think there should not be party houses, period," one woman said.

Anyone with information on Wednesday's shooting is urged to call the LAPD West Bureau homicide office at 213-382-9470, or Crime Stoppers at 800-222-TIPS.