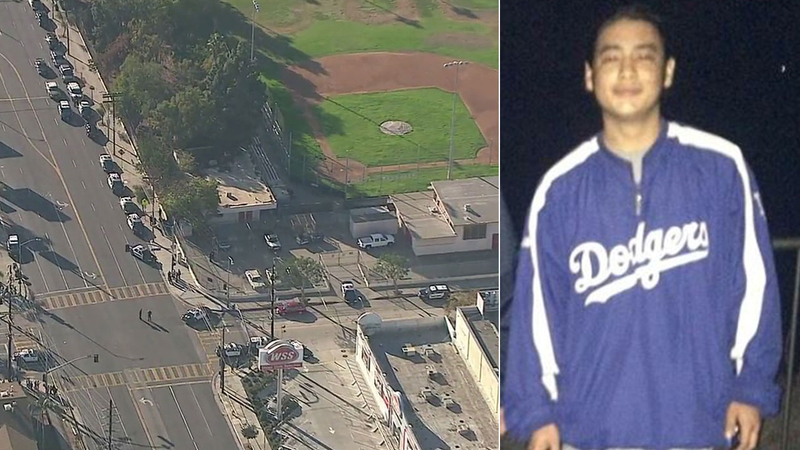 WILMINGTON, LOS ANGELES (KABC) -- An 18-year-old was killed and two other teens were wounded in a shooting near Banning High School in Wilmington, police said. The shooter remains at large.

The shootings were reported around 3:12 p.m. at Pacific Coast Highway and Broad Avenue and at the baseball field of Banning High School, according to the Los Angeles Police Department.

Police believe the shooting is gang-related. They said two of the victims are students at Banning and one is a former student.

Family members identified the deceased victim as 18-year-old Richard Tafoya, and acknowledged he is a member of a gang.