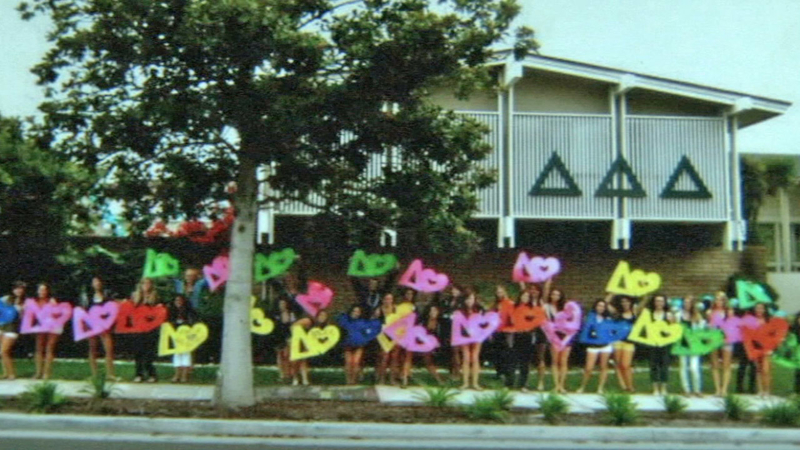 Katie Cooper, 22, of Chino Hills and Veronika Weiss, 19, of Westlake Village were both standing outside of their sorority house when suspected gunman Elliot Rodger began shooting.

They became the first ones fatally shot.

Rodger had stabbed and killed three male victims at his apartment already, then drove to the Alpha Phi sorority house, where he fired from across the street and shot three women who were nearby. Cooper and Weiss were killed.

A third member of the Tri Delta sorority at UC Santa Barbara was wounded in the drive-by shootings, but she is in stable condition and is expected to make a full recovery.

Cooper, a 2010 graduate of Ayala High School, was studying art history and archaeology. Weiss was about to finish her freshman year.

"It's crazy that out of everyone at that school she got shot," Weiss' friend, 15-year-old Carsen Horvatich said.

Horvatich was Weiss' friend and teammate on the Westlake High School girls water polo team. She says Weiss was funny, and someone she looked up to.

"She was really the only person that made me feel comfortable at Westlake for the first time," she said. "We both play water polo so we have things in common."

Friends have started a memorial page for Weiss on Facebook. On Twitter, people who knew Weiss and Cooper expressed their sadness and disbelief.