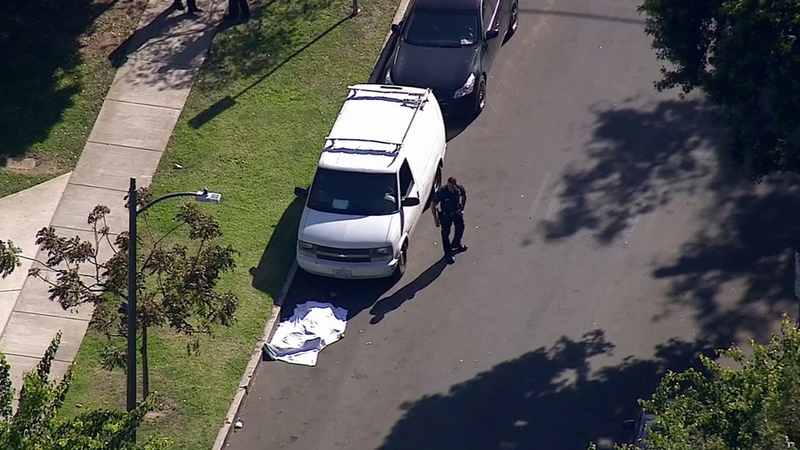 The shootings began at about 3 p.m. at a park at Woodbine Street and Mentone Avenue. Two people were shot, including one who died. The second victim was taken to a hospital.

The second shooting occurred about a block away at Regent Street and Clarington Avenue. One victim was taken to a hospital in critical condition.

Several blocks away at a 7-Eleven at National Place and Overland Avenue, two other victims were found. One of the victims may have been stabbed.

Police believe it was all one related series of events. The suspect remained at large. No description was immediately available.

Neighboring Palms Elementary School was briefly placed on a lockdown that was later lifted.