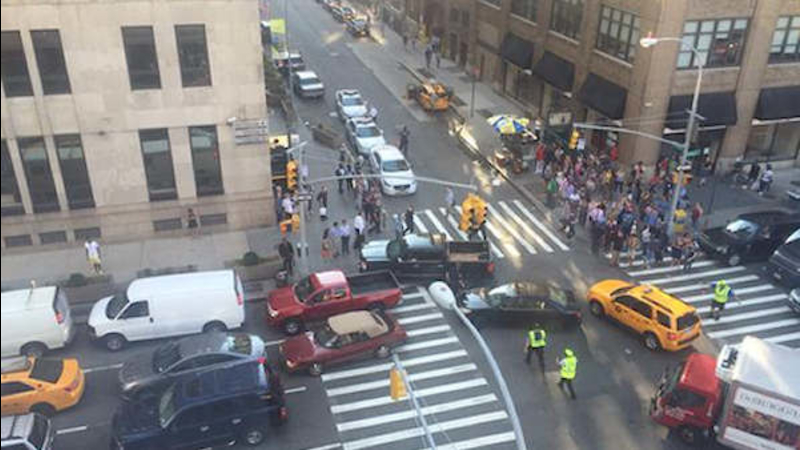 1 dead after 2 shot outside federal building in Lower Manhattan, suspect in custody

NEW YORK -- A man shot and killed a security guard before turning the gun on himself outside of a federal building in Manhattan.

It happened inside the lobby of 201 Varick St. at about 5 p.m., located near the intersection with West Houston.

Sources said a 68-year-old man from Fort Lee, New Jersey, walked into the lobby with two weapons, encountered a line and opened fire. A federal security guard was shot in the upper body, and then the man shot himself with the same weapon.

The guard was rushed to the hospital, where he died a short time later. The gunman was pronounced dead at the scene.

Sources said this looks like this was a lone gunman, based on initial investigation. But federal authorities are taking no chances, checking rooftops and area buildings.

The FBI has been called in to help with the investigation.