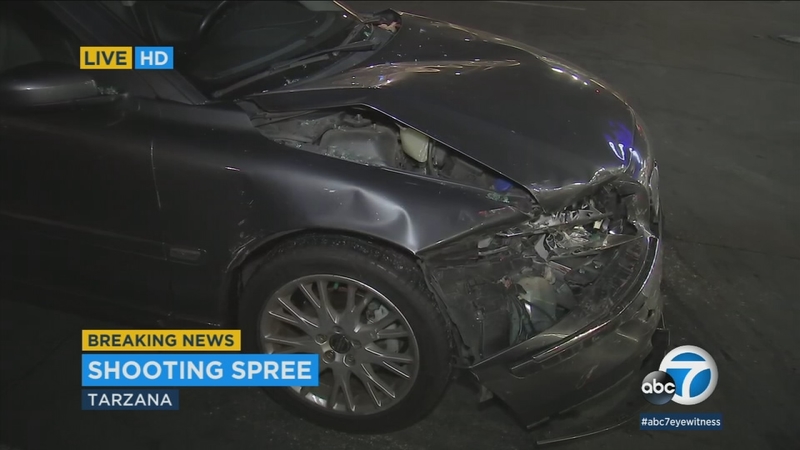 TARZANA, LOS ANGELES (KABC) -- Shots were fired along a busy Ventura Boulevard corridor in Tarzana Thursday night, leading to at least one damaged window and a car smashed in a collision.

It was not immediately clear if anyone was struck by the gunfire. Police and paramedics did not report treating any victims at the scene.

But at least one woman's car was badly damaged. She said she was struck by a vehicle driven by a person believed to be the intended target of the shooting. There were also reports of at least one vehicle with a window shot out.

The shooting was reported around 6 p.m. in the 19200 block of Ventura Boulevard. A local store manager said two people entered the business and had some kind of altercation, then left shortly before the shots were fired.

Customers were locked down inside a Ross superstore for a time as police responded to the shooting. The store later reopened for business.