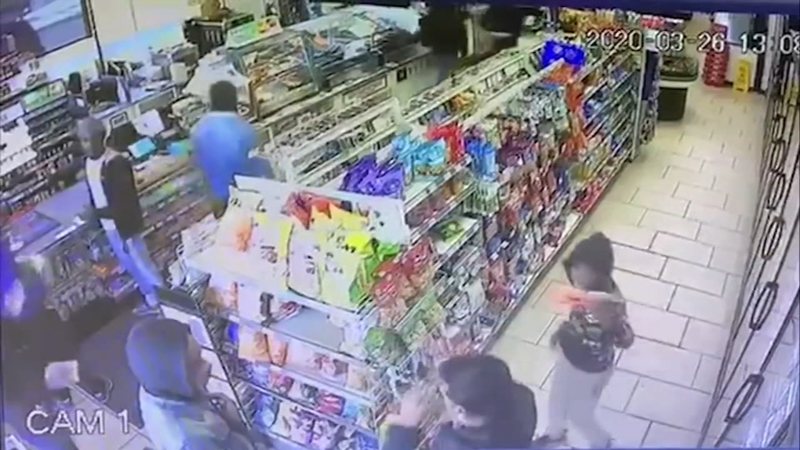 Coronavirus: Philadelphia merchants fed up with shoplifting during COVID-19 shutdown

PHILADELPHIA -- A group of 20 merchants in Philadelphia say policies set forth by the city during the novel coronavirus pandemic has caused an alarming epidemic of shoplifting, and in some cases, mobs of people.

In one incident at the 7-Eleven store at 22nd & Market streets, video shows a group of about eight to 10 kids come in and spread out throughout the store. Each starts collecting items from different shelves and refrigerators before suddenly running for the door. The owner says this has happened two to three times since the pandemic.

"Actually, I've been facing a lot of shoplifting. Every day I try to call and sometimes when I call 911 nobody answers," said Mohammed Karim, a store owner.

The COVID 19 shutdown was the ideal chance for thieves to steal the entire livelihood of mobile juice bar owner William Mercado.

At another store, another mob enters a store, including a young boy. Within minutes, the same thing happens with people running for the door with various items, the clerk running after them to no avail.

In other instances, merchants say people are filling their back packs with merchandise seemingly with no fear the law will catch up with them.

"People are coming in the store, they're loading their bag and they're actually telling us the law, that they're not gonna get locked up," said merchant Sukhvir Thinb.

Merchants say store clerks are terrified with what is going on.

"Enough is enough, and we don't know what to do. We seek the help of the mayor, the attorney general, the police department, the chief of police. Please, we need help," said Bilal Barqawi, vice president of the Delaware Valley Franchise Owners Association.

"A mob entering a business sounds like more than just shoplifting, it sounds terroristic. If police are making arrests in cases like that, our office would charge appropriately," said Jane Roh, spokeswoman with the Philadelphia District Attorney's Office.