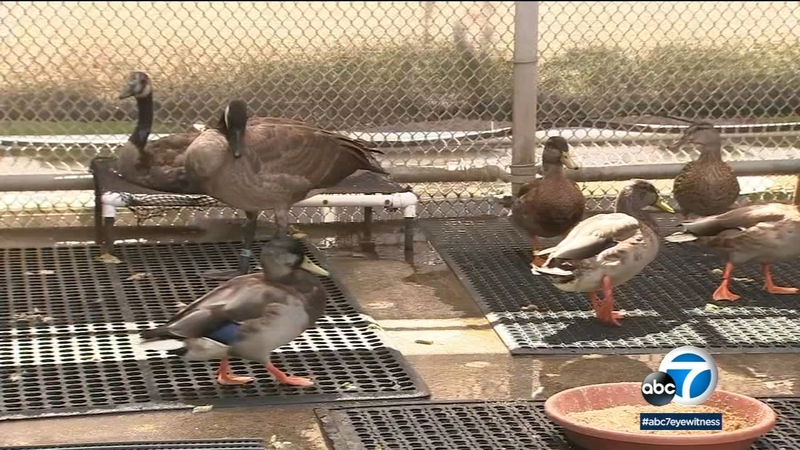 Veterinarian Dr. Elizabeth Wood with the Wetlands and Wildlife Care Center Huntington Beach said it was likely because of climate change.

"It's concerning mostly because it's probably due to environmental reasons like it being dryer than usual," Wood said.

The executive director of the nonprofit, Debbie McGuire, said they first heard of possible cases at the start of August.

"A good citizen had found a bunch of sick ducks in Lake Forest along Aliso Creek," McGuire said.

McGuire said this past Tuesday, test results from a couple of those birds came back positive for avian botulism. Since then, nearly another dozen ducks and Canadian geese have come through the center from throughout Orange County.

"We had Eisenhower Park in Orange. We had Victoria Park in Costa Mesa ... Huntington Beach Central Park," McGuire said.

Botulism is a toxin made by bacteria which can bloom in hot weather and drought conditions.

"Until we have a good rain, you know, we can aerate the water which we can't do with the drought. We can't open dams and flush the waterways right now," McGuire said.

Biologists say their best mitigation option is to remove the sick birds as soon as possible - though most are found dead. Staff at the Wetlands and Wildlife Care Center ask people to report any odd bird behavior.

"If you can walk up to a bird that doesn't fly away, that would be a clue that there is something wrong with it," McGuire said.

Humans aren't at risk of catching this strain, but Wood warned pets are.

"It's not as concerning, but if they are in those areas, and they consume a wild animal, they can certainly get it that way. So my suggestion to pet owners would be to just keep your pets on a leash," Wood said.