Investigators are offering a $5,000 reward for any information on the driver involved.
KABC 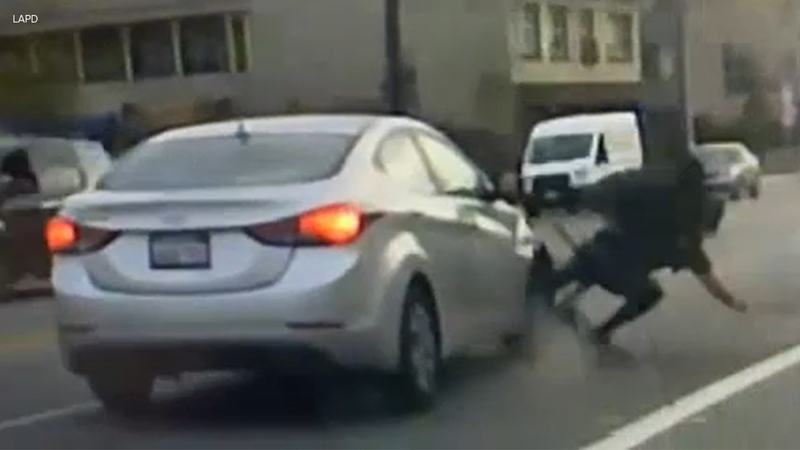 SILVER LAKE, LOS ANGELES (KABC) -- Police are searching for the driver involved in a shocking hit-and-run crash caught on video that injured a bicyclist.

According to the Los Angeles Police Department, the incident happened on Sunday, Jan. 16, at Glendale Boulevard and Alessandro Street in the Silver Lake area.

Police are searching for the driver involved in a shocking hit-and-run crash that injured a bicyclist in the Silver Lake area last month.

Despite the alarming footage, which was posted on social media Wednesday, police say the bicyclist sustained only minor injuries. His bike, however, was destroyed.

Investigators are now asking the public for help in finding the driver responsible.

They say the Elantra likely has damage to its right front-end, as seen in the video, and could be missing a hub cap.

Anyone with information is urged to contact LAPD Central Traffic Detectives at 213-833-3713.

You can also submit an anonymous tip by calling L.A. Regional Crime Stoppers at 1-800-222-TIPS (8477) or visiting www.lacrimestoppers.org.