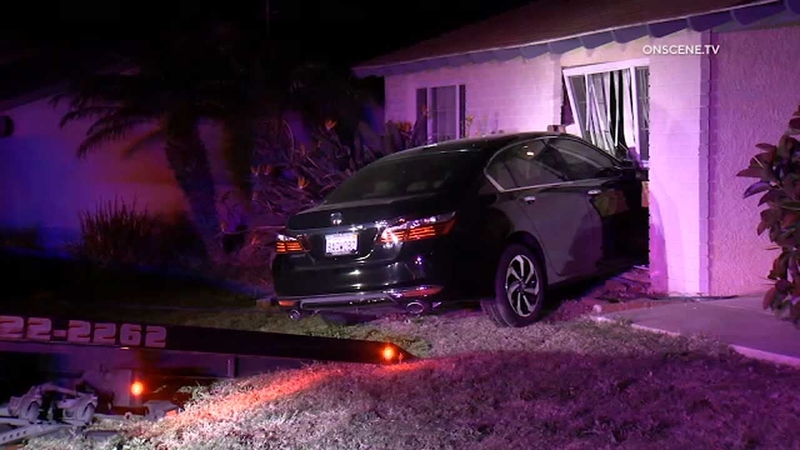 According to the Simi Valley Police Department, a caller reported a suspicious person in the area who was peering into parked vehicles and checking to see if they were unlocked.

Shortly before 3 a.m., officers arrived at the scene to find a black Honda Accord with tinted windows that was backing out of a driveway. The driver allegedly sped away after police tried to conduct a traffic stop.

A police spokesperson said authorities called off the pursuit due to dangerous, excessive speeds.

Moments later, the sedan struck a parked car and clipped a tree before crashing into a bedroom of a house near La Mesa Avenue and Hempstead Street, narrowly missing a woman who was sleeping inside. She was not injured.

"I thought it was a bomb going off," said Shari White. "Everything in my room just kind of like spread. I had my blanket over my head, and when I got up to look I saw this car and the windshield wipers were on."