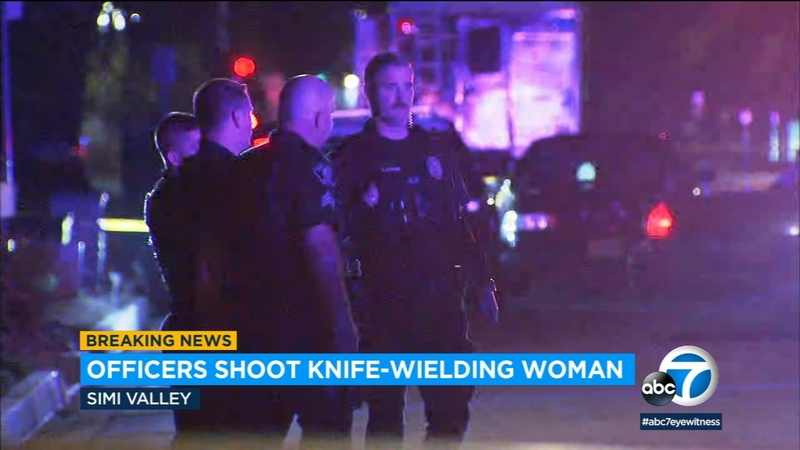 SIMI VALLEY, Calif. (KABC) -- A woman who was allegedly armed with a knife was shot and wounded by police in Simi Valley Tuesday evening, officials said.

The Simi Valley Police Department said police responded to a disturbance at a 7-Eleven store near Yosemite and Los Angeles avenues around 7:45 p.m.

Police said the woman was armed with a knife when officers made contact with her near 1810 Yosemite Ave.

The woman was allegedly threatening to attack local residents. After the woman allegedly ignored repeated commands to drop the knife and charged at police, shots were fired.

Witness Johnathan Shay said the woman ran straight toward an officer "like she was about to attack him."

"He was forced to fire, and I think he shot her twice, I want to say," Shay said. "It was pretty crazy. I've never seen anything like that, but I'm glad that they were here to protect us."

The woman was struck and transported to a local trauma center in stable condition, according to police.