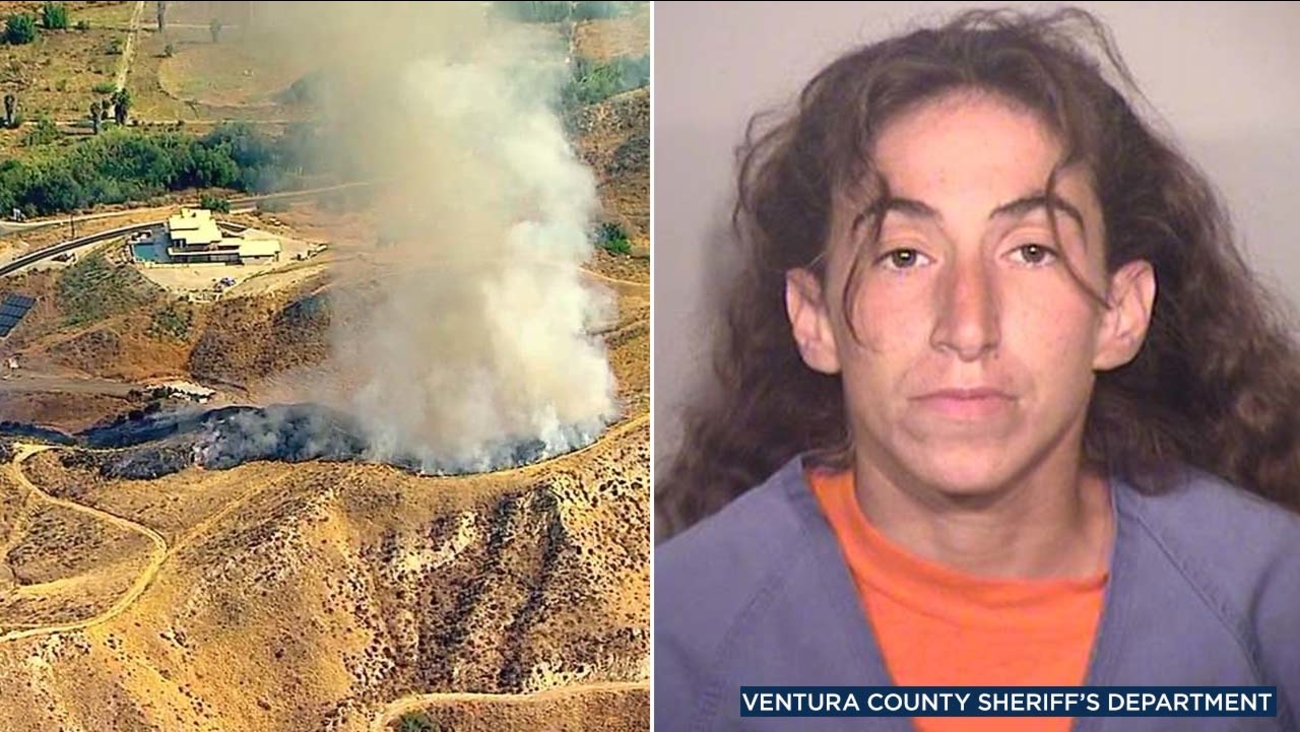 (Left) A brush fire erupted in Simi Valley on Wednesday, Aug. 1, 2018. (Right) Alexandra Gindlesberger, 33, is seen in a booking photo from the Ventura County Sheriff's Department.

SIMI VALLEY, Calif. (KABC) -- A Simi Valley woman has been arrested for allegedly setting a brush fire in the Tapo Canyon area.

The fire, dubbed the Tapo Fire, erupted Wednesday morning and burned through just under 10 acres before firefighters extinguished the blaze. Ventura County firefighters initially said the blaze charred 16 acres but later amended the number to 9.7 acres.

While on the scene, firefighters learned that a citizen had detained a woman who was possibly responsible for starting the fire.

Ventura County Sheriff's Department deputies responded to the scene to investigate. They determined that 33-year-old Alexandra Gindlesberger had deliberately started the fire along the roadside, and the fire then spread to the adjacent hillside, sheriff's officials said.