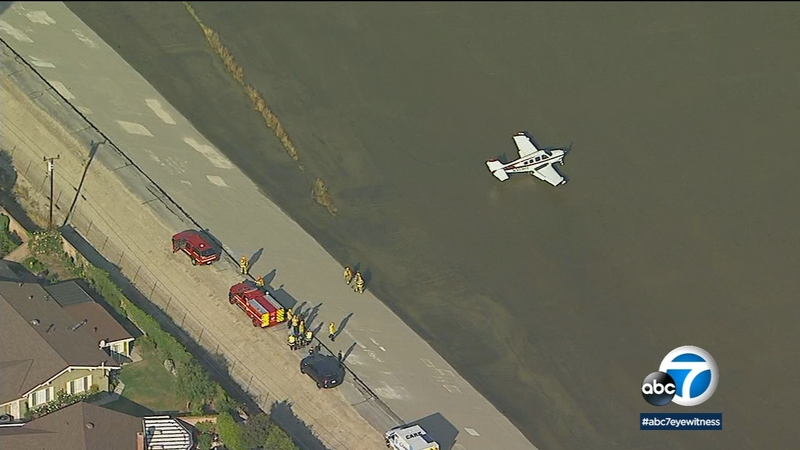 EL MONTE, Calif. (KABC) -- A single-engine plane has crash-landed in an El Monte wash, and the pilot appears to be OK.

The Federal Aviation Administration said a Beechcraft BE35 was inbound to San Gabriel Valley Airport when about 2 miles out, the pilot reported the engine had quit.

The pilot then landed in the Rio Hondo Wash near the airport, officials said. He reported on the radio frequency that he was not injured.

Video from AIR7 HD showed the plane floating in the water and fully intact. The pilot appeared to be speaking to firefighters as he was placed onto a stretcher.