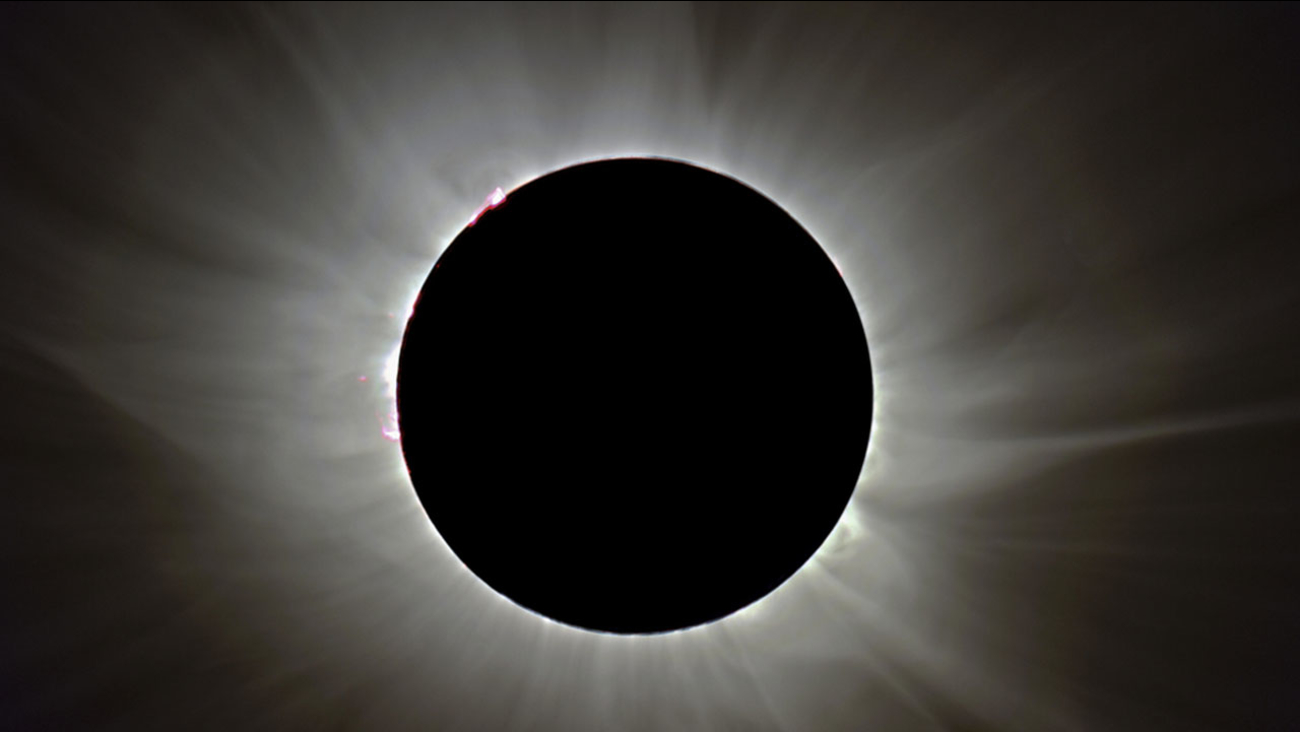 A total solar eclipse is shown in a March 2015 file photo. (Shutterstock)

One of the most exciting sky-watching events of the year is Tuesday night: The total solar eclipse.

Even though it won't happen over the United States, we'll see be able to see it online.

Scientists from the Exploratorium have traveled to the Woleai Atoll in Micronesia, in the western Pacific Ocean, for the live webcast.

And that's only one of the cool sky-watching events happening in 2016. Here are seven of the coolest things happening in the night sky this year, from supermoons to meteor showers to another NASA fly-by, this time with Jupiter.

This annual sky event is known for being the first major meteor shower of the new year. Those who were able to catch the shower saw as many as 50-100 meteors per hour, according to Earth Sky.

Ask any sky-watching enthusiast and they'll tell you it was pretty cool to see Venus and Saturn as close together as they were on Jan. 9. The real treat comes now that they've drifted apart, however, as they're getting company. Mercury, Mars and Jupiter will also appear in the early morning sky starting around January 20, Earth Sky explains.

If eclipses are your celestial cup of tea, you might have to put forth a little more effort this year. The only total solar eclipse of the year will not be visible for people in the United States, according to NASA. The good news is you can watch it online.

The innermost planet in our solar system will be passing in front of the sun for the first time in 10 years in what National Geographic calls the biggest celestial event of 2016. It'll take place over most of the morning for the U.S., but you'll have to make your way to a telescope to catch it, as Mercury is only about 1/150th of the sun's solar disk.

Think of this event as the sequel to Pluto's close-up. The best quality photos of Jupiter we have are from 1979, according to NASA, but that will change this year. The Juno spacecraft, which was launched in 2011, will pass close enough to capture the giant planet's swirling clouds.

The Perseid shower, which brings about 50 to 100 meteors per hour, is popular in the Northern Hemisphere for both the good show it puts on and its conjunction with warm weather, according to Earth Sky. Watch for the peak around August 12. And, since a supermoon will occur around the same time as the famed Geminid shower in December this year, it has little competition to be the best meteor shower of 2016.