Robert Lesslie, his wife, two of their grandchildren and a repairman who was doing work at their home were shot and killed Wednesday
AP
By Meg Kinnard, Associated Press COLUMBIA, S.C. -- Robert Lesslie, the South Carolina physician and author who authorities say was killed along with three family members and a repairman by former NFL player Phillip Adams, frequently wrote of the fragility of life and a deep-seated Christian faith that guided him personally and professionally.

"I know without a doubt that life is fragile," the 70-year-old doctor wrote in one of his books, a collection of missives he termed "inspiring true stories" from his medical work. "I have come to understand that humility may be the greatest virtue. And I am convinced we need to take the time to say the things we deeply feel to the people we deeply care about."

"Life is uncertain. Things happen. Lives are unexpectedly changed or ended. And it happens suddenly," he wrote in his online blog entry.

Authorities in South Carolina have confirmed that former NFL player Phillip Adams was the person who killed five people, including a prominent doctor, his wife and their two grandchildren in Rock Hill, South Carolina.

Lesslie's lessons on faith were passed down to his children, as was evident in a statement from his family that law enforcement shared at a news conference on Thursday, a day after the attack. Even in their grief, the family said their "hearts are bent toward forgiveness and peace," York County Sheriff Kevin Tolson told reporters. He said they were also praying for the family of Adams, a former NFL journeyman who authorities say shot and killed himself early Thursday after officers surrounded his parents' home.

According to police, Adams went to the home of Robert and Barbara Lesslie on Wednesday and shot and killed them, two of their grandchildren, 9-year-old Adah Lesslie and 5-year-old Noah Lesslie, and James Lewis, a 38-year-old air conditioning technician from Gaston who was doing work there. He also shot Lewis' colleague, 38-year-old Robert Shook, of Cherryville, North Carolina, who was flown to a Charlotte hospital, where he was in critical condition "fighting hard for his life," said a cousin, Heather Smith Thompson.

Tolson said investigators hadn't figured out why Adams carried out the attack: "There's nothing right now that makes sense to any of us."

A person briefed on the investigation who spoke to The Associated Press on the condition of anonymity because he wasn't authorized to speak publicly said Robert Lesslie had treated Adams, who lived with his parents not far from the Lesslies' home.

Tolson would not confirm that Adams had been the doctor's patient.

Authorities in South Carolina have confirmed that former NFL player Phillip Adams was the person who killed five people, including a prominent doctor, his wife and their two grandchildren in South Carolina.

Barbara Lesslie had been heavily involved in fine arts, including theater in Rock Hill, said Gary Simrill, the Republican leader of the South Carolina House and a longtime Rock Hill resident. Having practiced medicine in Rock Hill for more than three decades, her husband had indeed treated many of its citizens. Simrill said that after years in emergency medicine, Robert Lesslie founded two urgent care centers that were the opposite of what many might expect from a quick-service medical practice.

Among his patients were Trent Faris, the spokesman for the York County Sheriff's Office, and Adams' father, Alonzo Adams.

Tolson said evidence left at the shooting scene led investigators to Adams as a suspect. He said they went to Adams' parents' home, evacuated them and then persuade Adams to come out. Eventually, they found him dead of a single gunshot wound to the head in a bedroom, he said.

Adams, 32, played in 78 NFL games over six seasons for six teams. He joined the 49ers in 2010 as a seventh-round draft pick out of South Carolina State, and though he rarely started, he went on to play for New England, Seattle, Oakland and the New York Jets before finishing his career with the Atlanta Falcons in 2015.

As a rookie late in the 2010 season, Adams suffered a severe ankle injury that required surgery that included several screws being inserted into his leg. He never played for the 49ers again, getting released just before the 2011 season began. Later, with the Raiders, he had two concussions over three games in 2012.

Whether he suffered long-lasting concussion-related injuries wasn't immediately clear. Adams would not have been eligible for testing as part of a broad settlement between the league and its former players over such injuries, because he hadn't retired by 2014.

Adams' father told a Charlotte television station that he blamed football for problems his son had, and which might have led him to commit Wednesday's violence. 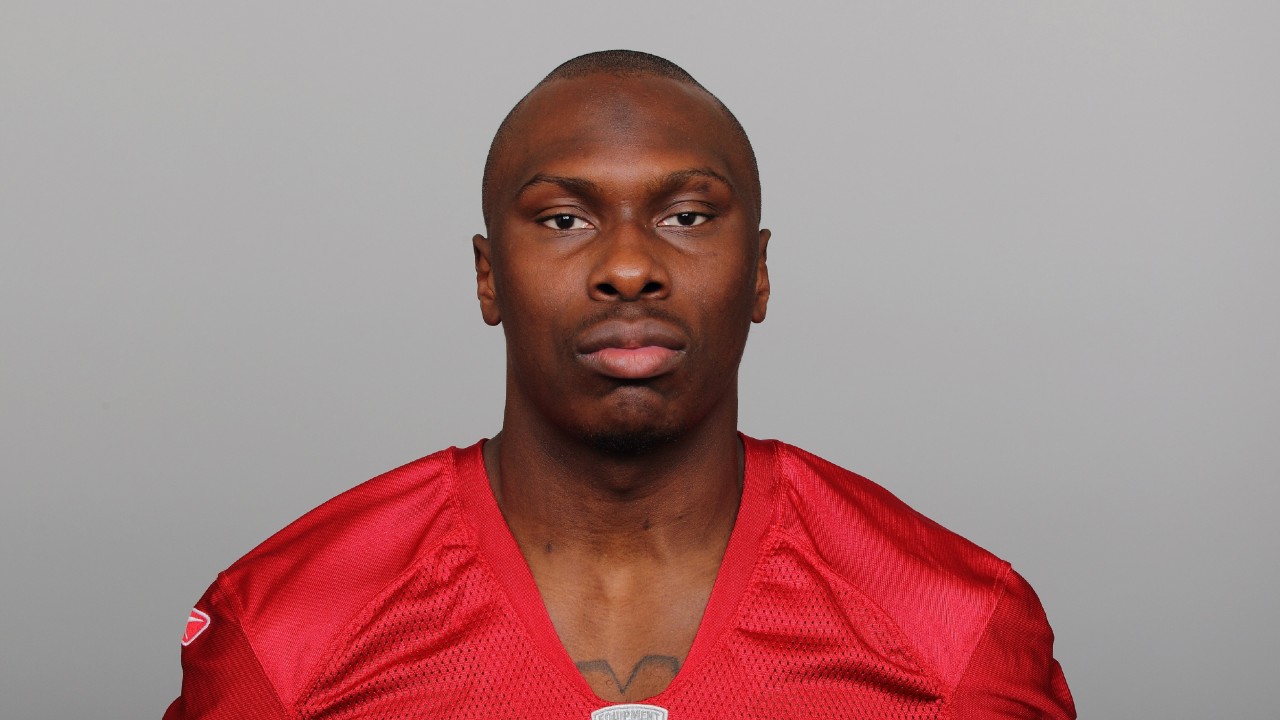 In this handout image provided by the NFL, Phillip Adams of the San Francisco 49ers poses for his NFL headshot circa 2011. (Photo by NFL via Getty Images)

"I can say he's a good kid - he was a good kid, and I think the football messed him up," Alonzo Adams told WCNC-TV. "He didn't talk much and he didn't bother nobody."

Robert Lesslie reveled in writing about his faith and his work as a physician, penning more than half a dozen books that were collections of what he termed "inspiring true stories" from his work.

In a 2014 interview, he spoke of how he came to write one, "Angels in the ER," saying he saw value in the stories he had collected through his decades in medicine, focusing on "people who had impacted me through their faith, and the way they had dealt with things that life had sent their way."

In a Thursday message to congregants, pastors from the Lesslies' church, First Associate Reformed Presbyterian Rock Hill, wrote that all four of the Lesslies "are in the presence of Jesus and worshipping Him face to face. One day we will see them again. Therefore, we can grieve as those who have hope."

The church planned to keep its sanctuary open until 8 p.m. Thursday, for anyone wishing to pray. According to church officials, no funeral arrangements had been finalized.

As he wrote on his blog recently, Lesslie felt comfortable in his faith, imagining Heaven as a place filled with joy, and where he would be reunited with family and his cherished dog, Dox.

"We have no idea what Heaven will look like, only that it will be perfect," Lesslie wrote. "And because of that I know that one day, when I've experienced the presence and joy of that surrounding host of saints, I will find myself walking with Barbara in a field of lush, green grass. ... The words of Jesus will echo through that glade - 'Behold, I make all things new.'"