KABC
By ABC7.com staff
SAN BERNARDINO, Calif. (KABC) -- A small plane came down on the 215 Freeway in San Bernardino, causing a lengthy traffic backup in the area.

The plane landed on the northbound side of the freeway around 1:45 p.m. and came to a stop on the right shoulder just before the University Parkway exit.

No serious injuries were immediately reported and the plane did not strike any vehicles.

Pilot Troy Hartman said he has been flying for 25 years.

He had taken off from French Valley and was just enjoying the flight when the engine quit. It happened as he was switching fuel tanks and nothing he tried seemed to help.

The only open landing spot he saw was the freeway. There was light traffic at the time, so he put it down and managed to avoid catastrophe.

"The plane just quit," Hartman said. "It's one of the worst fears of pilots. We're always wondering what are you going to do when your engine quits? You hope you're in a good spot. I still don't know why it quit." 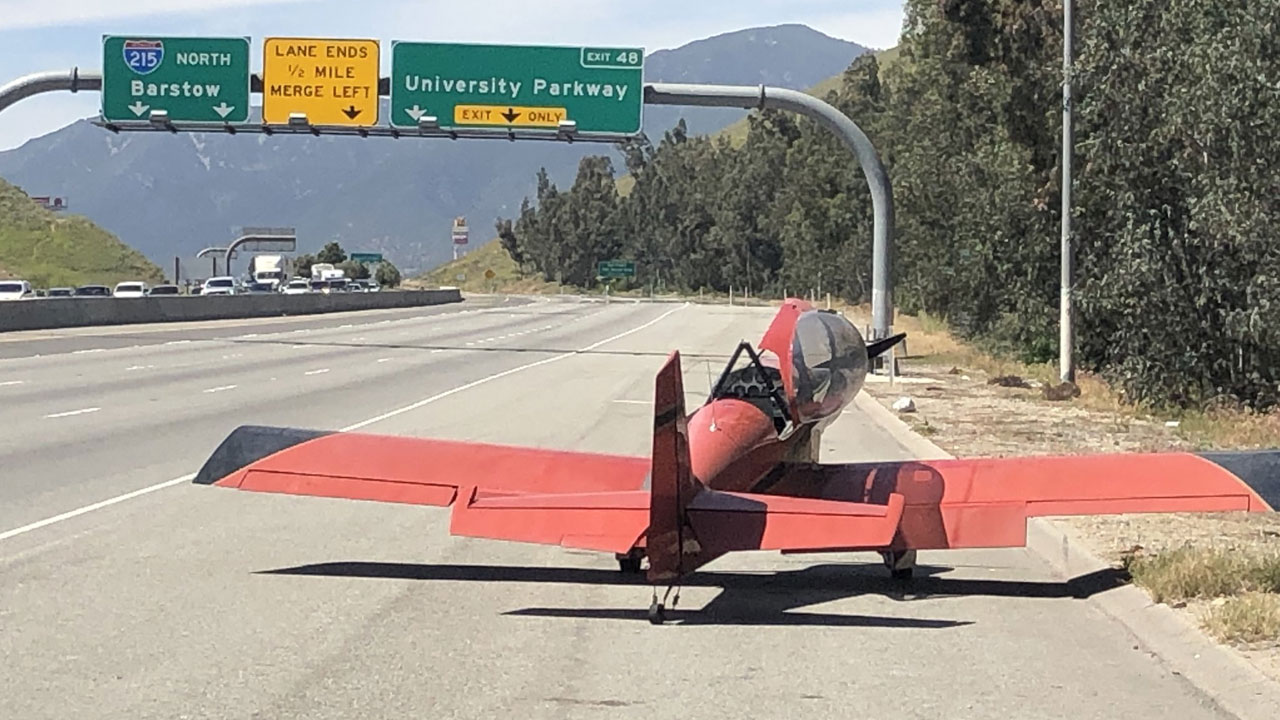 A small plane landed along the northbound side of the 215 Freeway in San Bernardino on Thursday, April 18, 2019.

A short time after the plane landed, a motorcycle and car were also involved in a collision in the same area, resulting in additional traffic backup. A SigAlert was issued.

By around 3 p.m. the plane had been loaded onto a flatbed tow truck and traffic was moving again. The motorcycle involved in the collision was also being towed.
Report a correction or typo
Related topics:
san bernardinosan bernardino countyplane accidentfreewaytraffic delay
Copyright © 2020 KABC-TV. All Rights Reserved.
More Videos
From CNN Newsource affiliates
TOP STORIES