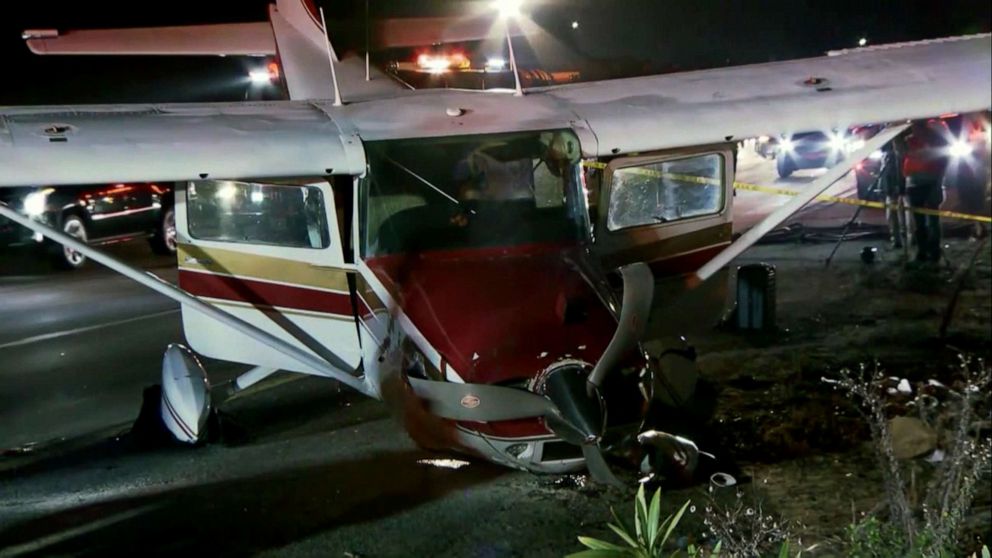 A single-engine plane made an emergency landing on a California freeway Thursday night, authorities said.

California Highway Police said the incident took place shortly after 7 p.m. The aircraft came down on the southbound lanes of the I-5 near Carlsbad, nose-diving into the center divide, police said.

Video posted by police on social media shows the plane land on the road, but apparently without major damage.

No one in the aircraft or on the ground was injured, officials said.

The aircraft was carrying a man and a woman, who told firefighters that the Cessna's cockpit filled with smoke and the plane lost power. 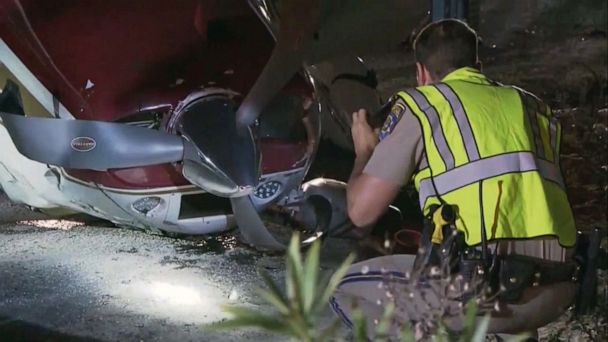 Their identities have not yet been released.

The couple was flying from El Monte and was planning to land a few miles away at the Palomar Airport, police said.