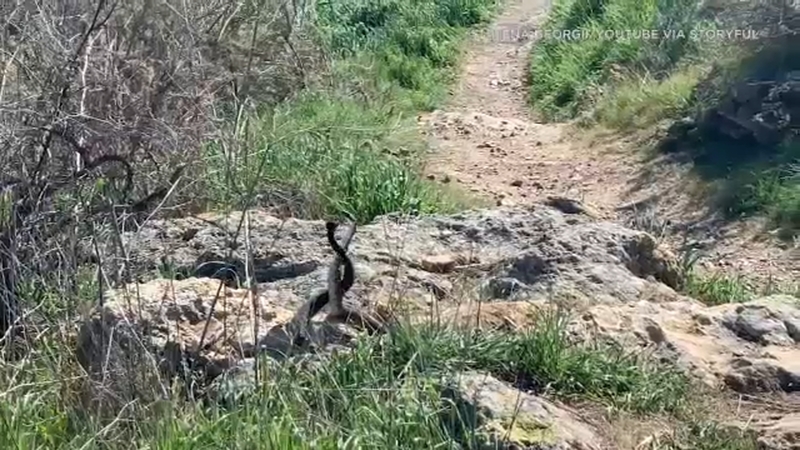 VIDEO: 2 rattlesnakes duke it out along Pismo Preserve hiking trail

PISMO BEACH, Calif. (KABC) -- A woman out for a stroll at the Pismo Preserve stumbled onto a rare sight -- two snakes duking it out.

It happened on the Central California Coast, just a short walk from the Pismo Beach Pier and the downtown tourist area.

A rare two headed rattlesnake found in New Jersey. Jon Rawlins has more on Action News at 5 p.m. on September 4, 2019.

The hiker witnessed two rattlesnakes locked in an intense fight. She even stuck around long enough to capture the scene on video.

The battle was likely a mating ritual between two males fighting it out for the favor of a lady rattler.

MORE: Man finds 7-foot snake in couch, might have been there for months
EMBED More News Videos

A Kansas man found a large snake in his couch when he was looking for his keys.