Thousands of people in the Southland, especially in the San Gabriel Valley, were left without power Monday as wicked Santa Ana winds whipped through the region.

SANTA CLARITA, Calif. (KABC) -- Thousands of people in Southern California, and especially in the San Gabriel Valley, were left without power Monday as the first Santa Ana wind event of the season whipped through the region.

More than 43,000 Southern California Edison customers were left in the dark in at least 83 different areas in Los Angeles.

The utility company opened up its emergency operations center, where meteorologists monitor weather conditions all over the county. They can shut down power lines if they could fall and cause fires.

"It's a tool of last resort, as we call it. It's one that we pull the trigger on if things get so hazardous that everything else that we do won't be sufficient to secure the safety in our communities," said Paul Grigaux, with SoCal Edison.

As for customers with the Los Angeles Department of Water and Power, the utility company reported that about 8,900 customers in Valley Village, Mar Vista and Canoga Park were impacted.

LADWP said about 1,760 customers were still without power throughout the city Monday night.

In the San Gabriel Valley, more than 9,500 customers in five separate areas of Altadena were affected, as were nearly 2,800 customers in Monrovia. Nearly 400 customers also experienced an outage in Kinneloa Mesa.

Power in the Pasadena area was expected to be restored Tuesday morning.

Multiple schools in the San Gabriel Valley also canceled classes due the strong winds and outages.

Business owners in the San Gabriel Valley said they're losing money without electricity.

"We lose money. We've got to pay the bill anyway - if there's power or no power, you've got to pay. So it hurts the business. I hope it will come (back on) soon," said Maurice Iskander, who owns Lindsey's Liquors in Altadena.

The fierce winds also knocked down many trees and left limbs and debris all over the streets. On Altadena Drive, crews worked to move a large tree that fell over.

The high winds sent first responders and electrical crews running from one end of the Inland Empire to the other as trees were knocked down or blocking roads and the power was out.

Edison crews dealt with trees that brought down electrical wires in certain areas. Dust and debris were also blown around, causing thick clouds of dust to cover roadways and made driving hazardous.

Orange County's Tustin area has approximately 1,600 SoCal Edison customers without power, as well as about 2,100 customers in Aliso Viejo.

In Ventura County, nearly 164 customers were affected in the city of Ventura. Edison reported more than 1,000 customers were without power in Santa Paula and later updated that information to 41.

About 7,800 Edison customers in Altadena were affected, as well as 6,200 customers in Sierra Madre. Another 840 customers were in the dark in San Dimas and 450 in Irvine.

Pasadena Water and Power said 260 customers are without power in Pasadena.

Meantime, SoCal Edison is looking at the unprecedented step of shutting off power in areas where fires could be sparked by downed power poles.

The company has sent out alerts notifying customers in 41 cities spread throughout four counties - Los Angeles, Orange, Ventura and San Bernardino - that power could possibly be turned off. Edison does not yet know where or when that might occur.

In the past, power equipment has been blamed for setting off wildfires that spread rapidly among the same type of dry, windy conditions expected overnight. The company is facing lawsuits over allegations its equipment was involved in starting the massive Thomas Fire.

Details on how the program works and which communities may be affected are available here.

Warm winds could reach speeds of up to 50 mph in parts of Santa Clarita and 70 mph through some canyons and passes. Combined with the dry brush conditions, officials are warning of an elevated fire danger over the next two days.

Southland areas with the warning include mountain areas in Los Angeles, San Bernardino, Riverside and Ventura counties, as well as coastal and valley communities. Most warnings are set to expire at 8 p.m. Tuesday. 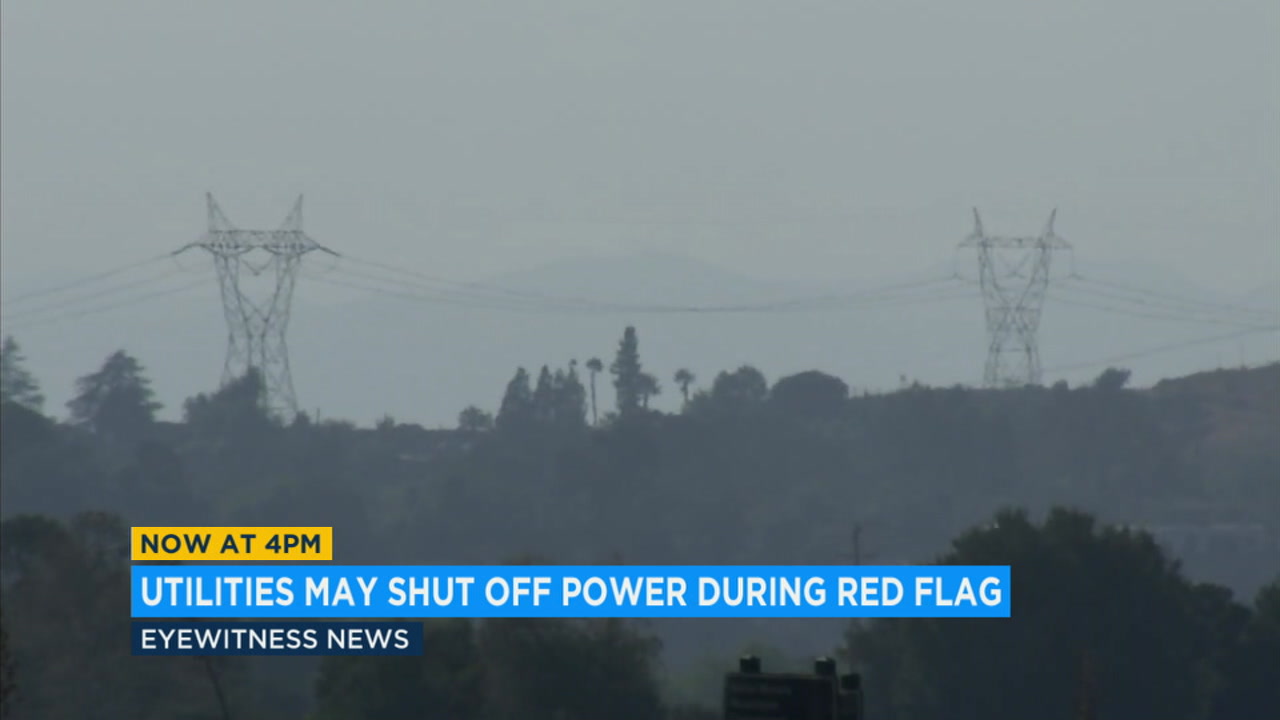 SoCal Edison could shut down power amid wildfire danger