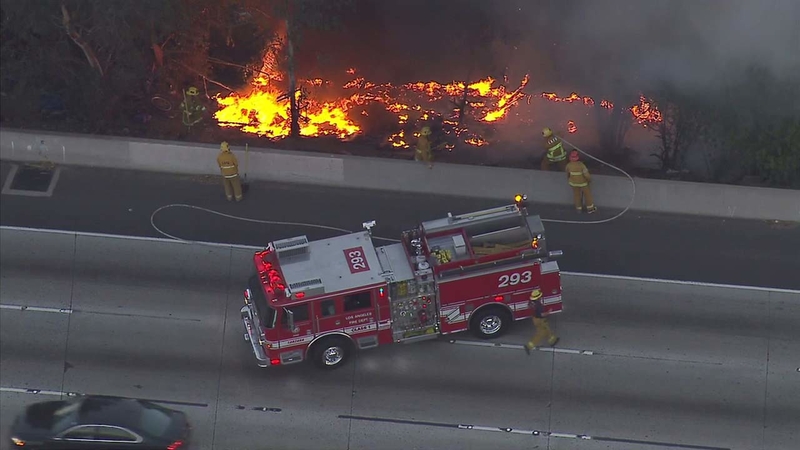 PORTER RANCH, LOS ANGELES (KABC) -- A red flag warning is in effect across most of the Southland as bone-dry and windy conditions increase the possibility of wildfires.

The Santa Ana winds blew overnight and Thursday morning with gusts of up to 42 mph in the Topanga area, 38 mph in Van Nuys and 36 mph through the Newhall Pass.

The California Highway Patrol issued a high wind warning for areas in the north San Fernando Valley for drivers, particularly those in high profile vehicles.

In addition to the winds, the humidity level is expected to drop to 10 percent, which adds to the fire danger as vegetation remains parched from years of drought.

Firefighters are on high alert as these dry and windy conditions could mean disaster if a fire breaks out.

"If you get a fire that starts, the smoke column is transported downwind, and the embers that are embedded in that smoke column start to fall into new areas, start new fires, and that's how really a brushfire spreads," said Capt. Dan Curry with the Los Angeles Fire Department.

The first blaze was reported shortly before 6 a.m. near the 5 and 14 freeways in Sylmar. The fire was contained to a small area, and firefighters knocked it down quickly. Fire officials said no structures were threatened and no one was injured. The cause was under investigation.