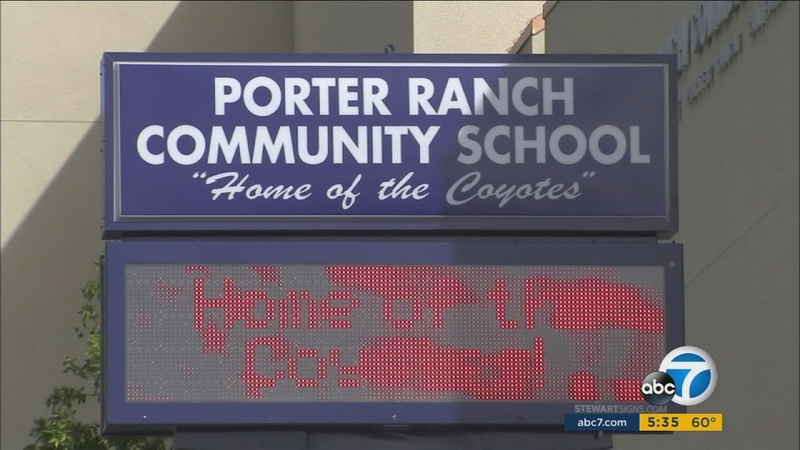 PORTER RANCH, LOS ANGELES (KABC) -- Residents of Porter Ranch have been complaining for weeks about a natural gas leak that is producing a sickening smell, and many parents now say the smell is making their children ill at area schools.

Parent Danielle Michaels said her son's nose bleeds started after the leak, and although she did not immediately consult a doctor over what triggered it, she said she believed it could be tied to the noxious fumes.

"He's never had any of these issues before and he's having major headaches," Michaels said.

"The Los Angeles County Department of health has advised that the methane gas emitted into the air poses little direct health risk, and the odorant added to natural gas is the chief concern because of its stench."

The district said Monday it started testing the air quality at Porter Ranch Community School and Castlebay Elementary School, which are both located closest to the leak.

"The challenge is if I go move away and still send my child back into the classroom, I don't know if the air is clean inside the classroom or outside," said Christine Soderlund, a local parent.