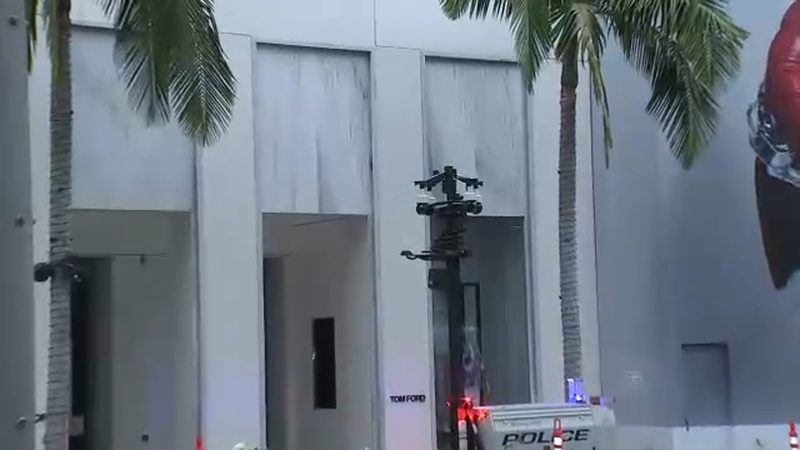 LOS ANGELES (KABC) -- As the jury in the Derek Chauvin trial deliberates, Los Angeles-area community leaders and law enforcement agencies are hoping for peaceful demonstrations when the verdict is read.

Some local clergy members are asking people to gather at Grand Park in downtown Los Angeles to peacefully rally after the verdict is read in the trial of the officer accused of causing the death of George Floyd.

Closing arguments in the case have concluded and the jury began deliberating Monday.

Jury members did not reach a verdict Monday and went into recess in the evening.

Local religious leaders are asking people to express themselves peacefully when the verdict is announced.

As the jury in the Derek Chauvin trial deliberates, Los Angeles-area community leaders are hoping for peaceful demonstrations when the verdict is read.

After George Floyd's death last year, violent and destructive protests broke out in Southern California and across the country. Local police agencies, including the Beverly Hills Police Department, are preparing for protests the day the verdict comes down.

The department said it will be on "full alert" in residential and business areas of the city this week. Some businesses in Beverly Hills may even choose to temporarily close as a precautionary measure.

Besides a police surveillance system that's been set up on Rodeo Drive, private security and a bank boarded up on Wilshire Boulevard, there wasn't much Tuesday morning to indicate that any overt precautions were being taken. But police wants residents to know that they're prepared.

"While we are hopeful for a peaceful time following the verdict, Beverly Hills Police Department is prepared and committed to protecting our city," Chief Dominick Rivetti in a recorded message to the community.

The department took similar steps in preparation of possible protests and unrest ahead of the 2020 election. Many businesses then opted to board up storefronts with plywood.

In Santa Monica, the Interim Police Chief wants people to know she understands emotions may be running high with this case.

"The women and men of the Santa Monica Police Department share in the collective disappointment these circumstances evoke," said Interim Police Chief Jacqueline Seabrooks in a recorded message to the community.

While she believes peaceful assembly is essential to promote systemic change, she says safety is also essential and doesn't want a repeat of last summer.

"I want you to know that the women and men of your police department are steadfastly committed to you and your safety," she said.

Meanwhile, Los Angeles County Sheriff Alex Villanueva has stated if things get out of hand, the sheriff's department will move in to maintain the peace and protect life and property. The department has also been in touch with the California National Guard to be prepared in case assistance is needed.

"We are asking them on the day the verdict drops, that they watch their conduct, that they make sure they don't show up in tactical uniform and then this SWAT mentality. We are grieving. We have lost our brothers. This is the village rising up."
Report a correction or typo
Related topics:
downtown lalos angelesbeverly hillslos angeles countyprotestgeorge floydpolice
Copyright © 2021 KABC-TV. All Rights Reserved.
More Videos
From CNN Newsource affiliates
TOP STORIES