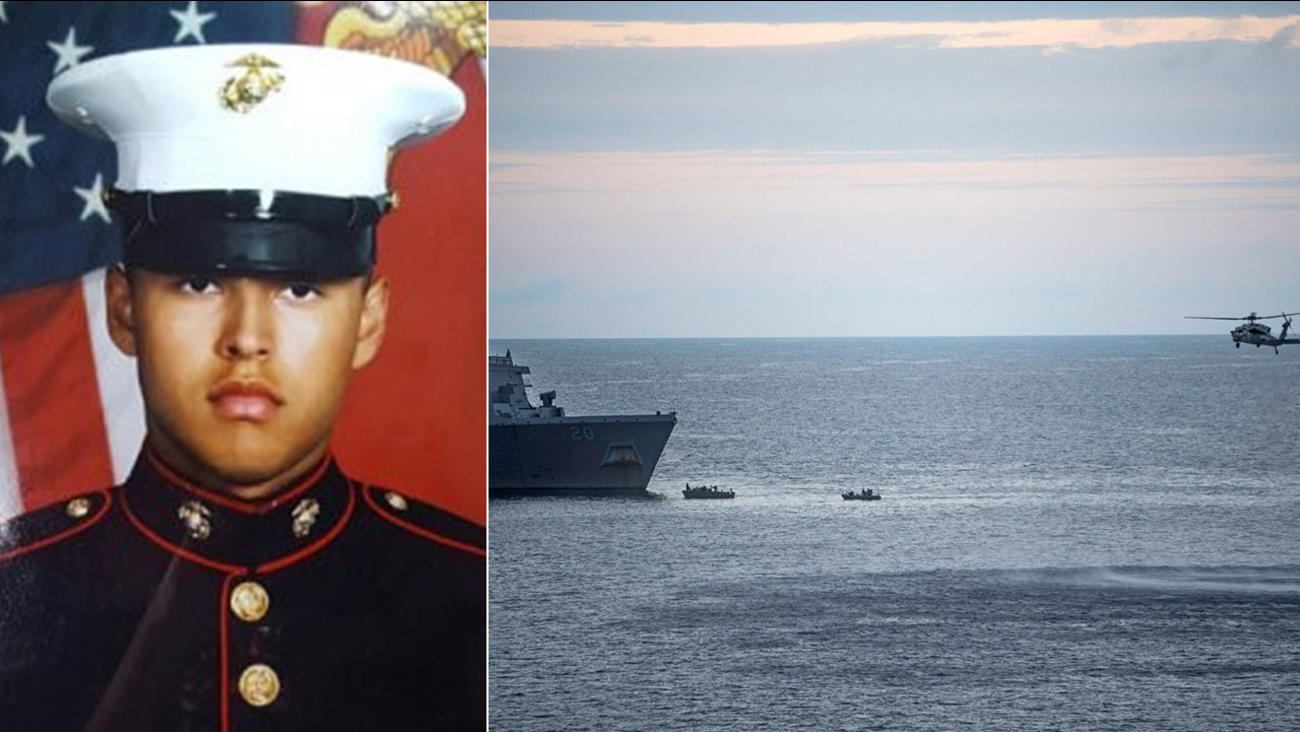 Rescue crews are searching for the bodies of three Marines killed in a training accident off the coast of Australia, including Pfc. Ruben Velasco, 19, of Los Angeles. (Left: GoFundMe / right: U.S. Navy via AP)

A Southern California man was one of three U.S. Marines presumed killed in a military training exercise off the Australian coast.

The Marines announced they were shifting the search for the missing men to a recovery effort, meaning they do not expect them to be found alive.

Velasco was a 2016 graduate of West Covina High School.

The high school tweeted out a message: "Please keep the family of Ruben Velasco, WCHS '16, US Marine, in your thoughts and prayers."

A GoFundMe page has been started to help Velasco's family.

The Marines were on board an Osprey aircraft that went down over the weekend as it was trying to land during a training exercise. Crews were able to rescue 23 other Marines.

The rescue crews found the submerged wreckage of the aircraft on Monday, two days after the crash. The Australian navy was assisting in the search and recovery efforts.

"The loss of every Marine is felt across our entire Marine Corps family," Col. Tye Wallace, Commanding Officer of the 31st Marine Expeditionary Unit, said in a statement. "To the families of the brave Marines we lost - there is no way for us to understand what you are going through."

The Osprey is a tilt-rotor aircraft that takes off and lands like a helicopter, but flies like an airplane. They have been involved in a series of high-profile crashes in recent years.