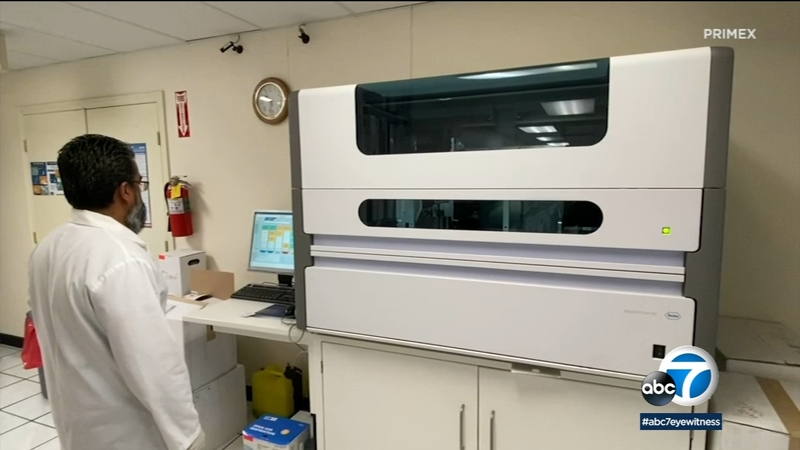 VAN NUYS, Calif. (KABC) -- A Van Nuys-based lab claims it can turn around COVID-19 tests in 24 hours, but says it is struggling to get the supplies it needs to do the work.

The owner of Primex Clinical Laboratory says she has pleaded with state and local leaders, adding that the facility is fully staffed and ready to use its resources in the fight against the novel coronavirus.

"We are capable of running 1,000 of these samples every day," said co-owner Melody McQueen.

But McQueen says the lab is not being given the chance -- it's not being sent supplies from the state to conduct COVID-19 tests.

What does COVID-19 do to your body and why does it spread so easily?
EMBED More News Videos

Gov. Gavin Newsom has said 90,000 tests have been conducted in California, but only 30,000 results have been received due to a tremendous backlog.

"We are working with just about every testing entity that we can reach out to, to figure out what they can provide California," Ghaly said.

But that's not the case for Primex Laboratories. McQueen says they've sent a letter to Los Angeles Mayor Eric Garcetti in an effort to get the supplies they need to help.

"Although we're the smaller guy, we still have the capability of running these tests. And so do all the other labs, smaller laboratories in California, in New York, in Washington, but we need to also be provided with the supplies that we need to do this," McQueen said.

ABC7 reached out to the mayor's office for comment but did not immediately receive a response.