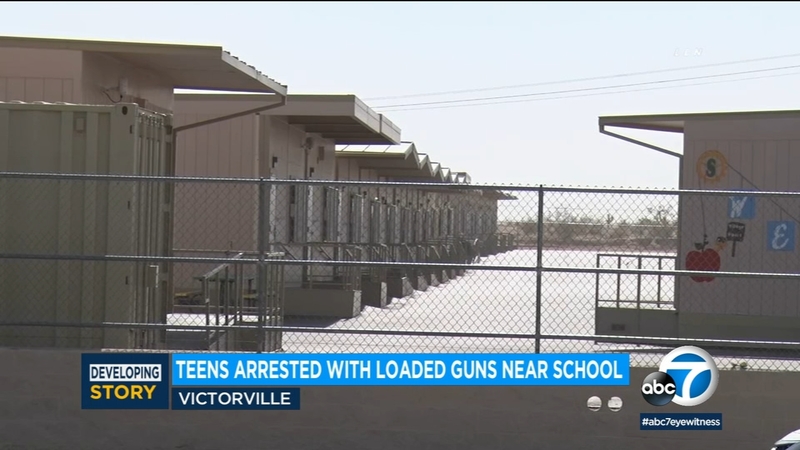 VICTORVILLE, Calif. (KABC) -- With the nation on edge, two Southern California teenagers are in custody after carrying loaded weapons near a Victorville elementary school.

The two were arrested near Village Steam School on Friday.

That school went on lockdown after witnesses called law enforcement.

The 15 and 17-year-old ran when San Bernardino County Sheriff's deputies arrived but were arrested nearby -- one of the suspects was found in a backyard of a nearby home.

Investigators say they don't believe the teens were planning on entering the school.

They face multiple charges of carrying loaded and concealed weapons in public, and illegal possession of an assault weapon, according to officials.

The teens were booked into Apple Valley Juvenile Hall. The investigation is ongoing.