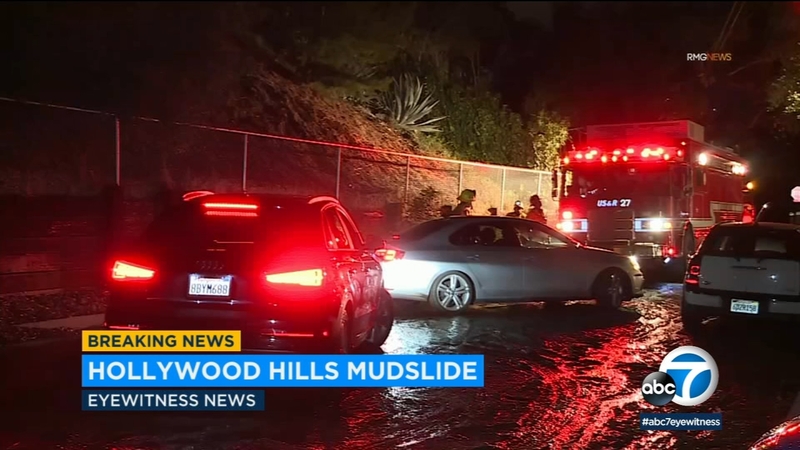 HOLLYWOOD HILLS, LOS ANGELES (KABC) -- Mud and debris covered the streets of a Hollywood Hills neighborhood Wednesday night after a water main broke in the area.

The Los Angeles Department of Water and Power asked for assistance in the area of the 2800 block of Sunday Trail Lane just after 8 p.m., according to the Los Angeles Fire Department.

Some roads were blocked off, making it difficult for residents and drivers to get around.

"Right as we were coming up the fire trucks came up. They told us to reverse it and parallel park it. They just told us to wait until they were done... We just assumed it was a mudslide, it didn't look like anything serious. Thank god it wasn't a fire because it's been crazy up here," said Hollywood Hills resident Tyler Brown.

Water flow was temporarily shut off by LADWP.