Powerful winds pummeled Southern California on Monday, knocking down trees and power lines, and they could continue for at least another day.

LOS ANGELES (KABC) -- Powerful winds pummeled Southern California on Monday, and they could continue for at least another day.

The winds knocked down power lines and trees, in some cases crushing cars and homes and blocking streets.

On West Calvert Street in Van Nuys, a big tree fell down blocking the roadway.

On Veteran Avenue in Westwood, another toppled, trapping a car underneath.

And in West Los Angeles, a sedan was pinned under yet another large fallen tree.

In Fullerton, crews were scrambling to clear the scene where a tree went down in the front yard of a home in the area of Gage Street and Citrus Avenue.

In Brea, winds knocked down a huge tree in the 1000 block of Woodcrest.

The Southern California forecast calls for Santa Ana winds again on Tuesday across the region, but conditions should clear by later in the week.

And in Los Feliz, a massive tree came crashing down in the 1600 block of Talmadge, narrowly missing a house, but damaging the roof, taking out a car and striking the adjacent apartment building.

"It was just like a big kerplunk, kerplunk, like shaking," said Ruthie Bolotin, who was in that neighboring building when it came down.

"It came through the fence of the neighbor's house and into the wall of our building. It made a lot of noise and was kinda scary," she said.

Ricardo Mejia lived in the now-damaged house for 19 years and never thought the tree posed any danger.

The good news is no one other than a bulldog was home when the tree came crashing down. The bulldog is doing just fine. 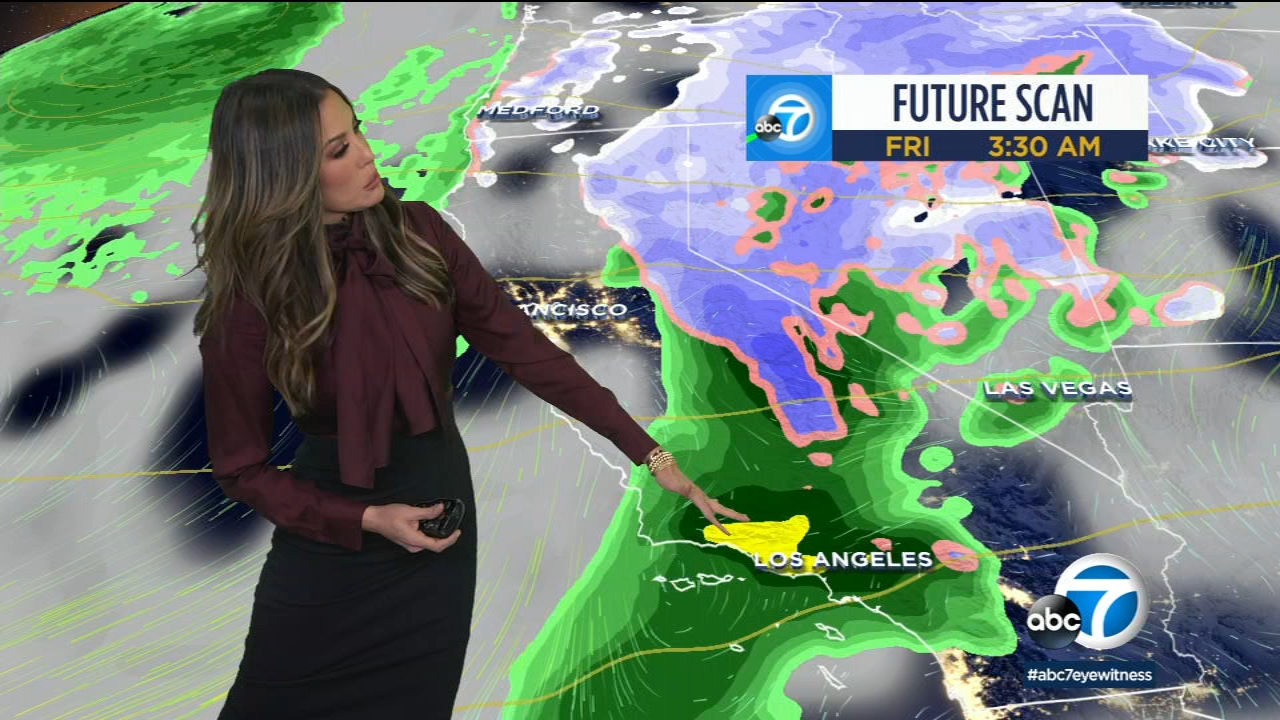 SoCal will be sunny and cool Tuesday, but here's when to expect rain and snow