U.S. men's soccer fails to qualify for World Cup for 1st time since 1986 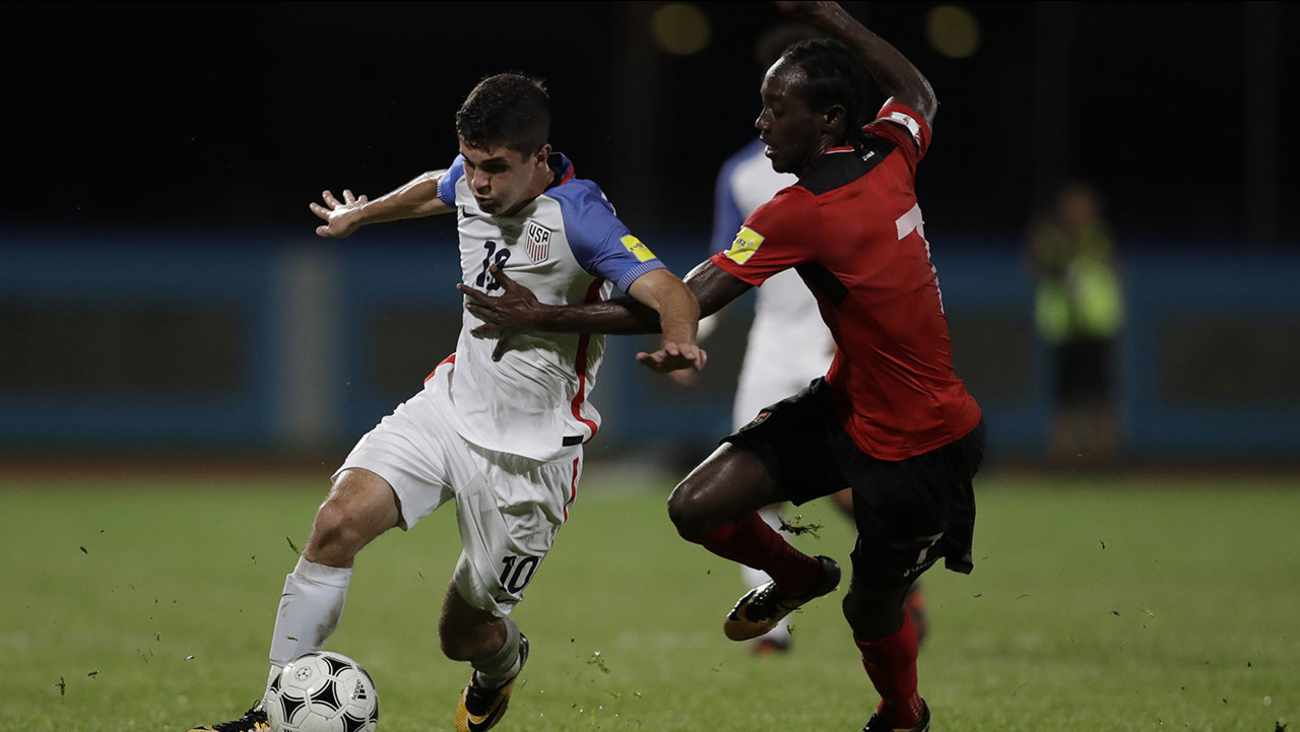 COUVA, Trinidad -- The U.S. men's soccer team has been eliminated from World Cup contention, a shocking loss at Trinidad ending the Americans' streak of seven straight appearances at the global sport's showcase.

Twenty-eight years after a stunning victory at Trinidad put the Americans back in the World Cup after a four-decade absence, their chances for next year's tournament in Russia ended on this island nation off the coast of Venezuela.

Trinidad and Tobago scored a pair of first-half goals, and the United States was eliminated with a 2-1 defeat Tuesday night - the first time missing the World Cup since 1986.

The U.S. entered its final qualifier with a berth uncertain for the first time since 1989. Home losses to Mexico last November and Costa Rica left the Americans little margin for error.