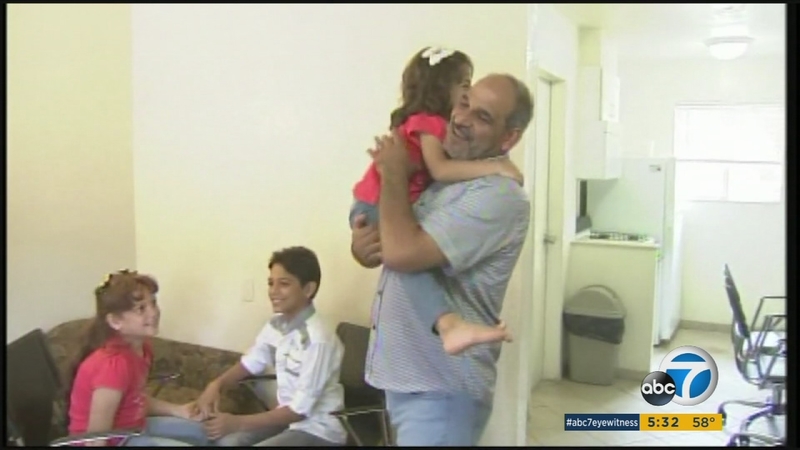 CLAREMONT, Calif. (KABC) -- It was a special Thanksgiving for two families from Syria who were welcomed into a new community in the Pomona Valley.

The Kaajoo and Wawieh families were welcomed during an interfaith gathering at the Islamic Center in Claremont.

"This is really something that we cherish a lot as part of this community to have the support and level of encouragement from the interfaith gatherings," said Sam Badwan of the Islamic Center of Claremont.

Eyewitness News first spoke to the Wawieh's back in October, when the family of eight arrived in the U.S. after fleeing to Lebanon and then Egypt.

In Egypt, the family was selected by a relief agency to start the process as refugees.

Congresswoman Norma Torres was also on hand to greet the families.

Torres added that the vetting process for Syrian refugees is so robust that less than 1 percent have an opportunity to reach the United States.

According to the United Nations, there are currently 4.2 million Syrian refugees, and next year, the U.S. is slated to take in 10,000.

Safe from the horrors of war, both families were grateful to be in their new community.