2017 Rose Parade Guide: Everything you need to know 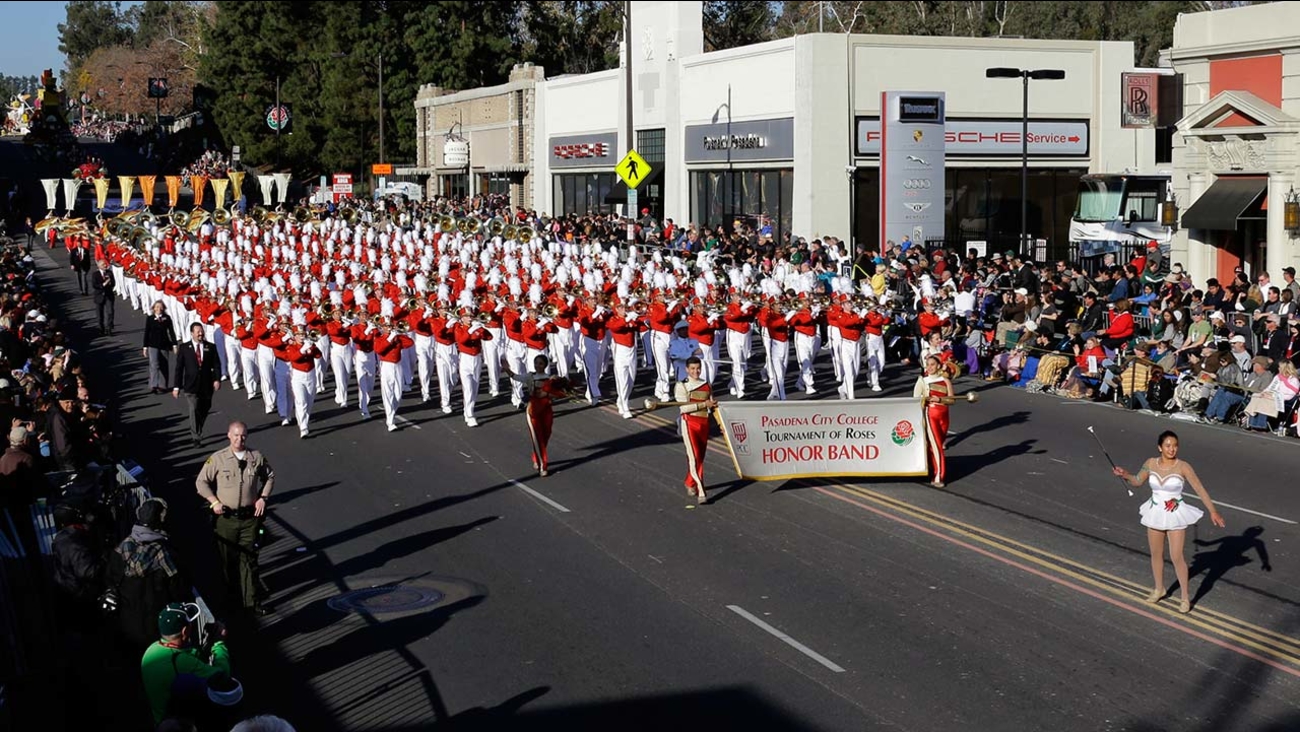 PASADENA, Calif. (KABC) -- If you're heading to watch the 128th Rose Parade or planning to attend the 103rd Rose Bowl Game, here's what you need to know.

The Rose Parade, featuring the "Echoes of Success" theme, will start at 8 a.m. on Monday.

The parade will travel the 5.5-mile route, which begins at the corner of Green Street and Orange Grove Boulevard, and makes its way down Colorado Boulevard before concluding at Villa Street. 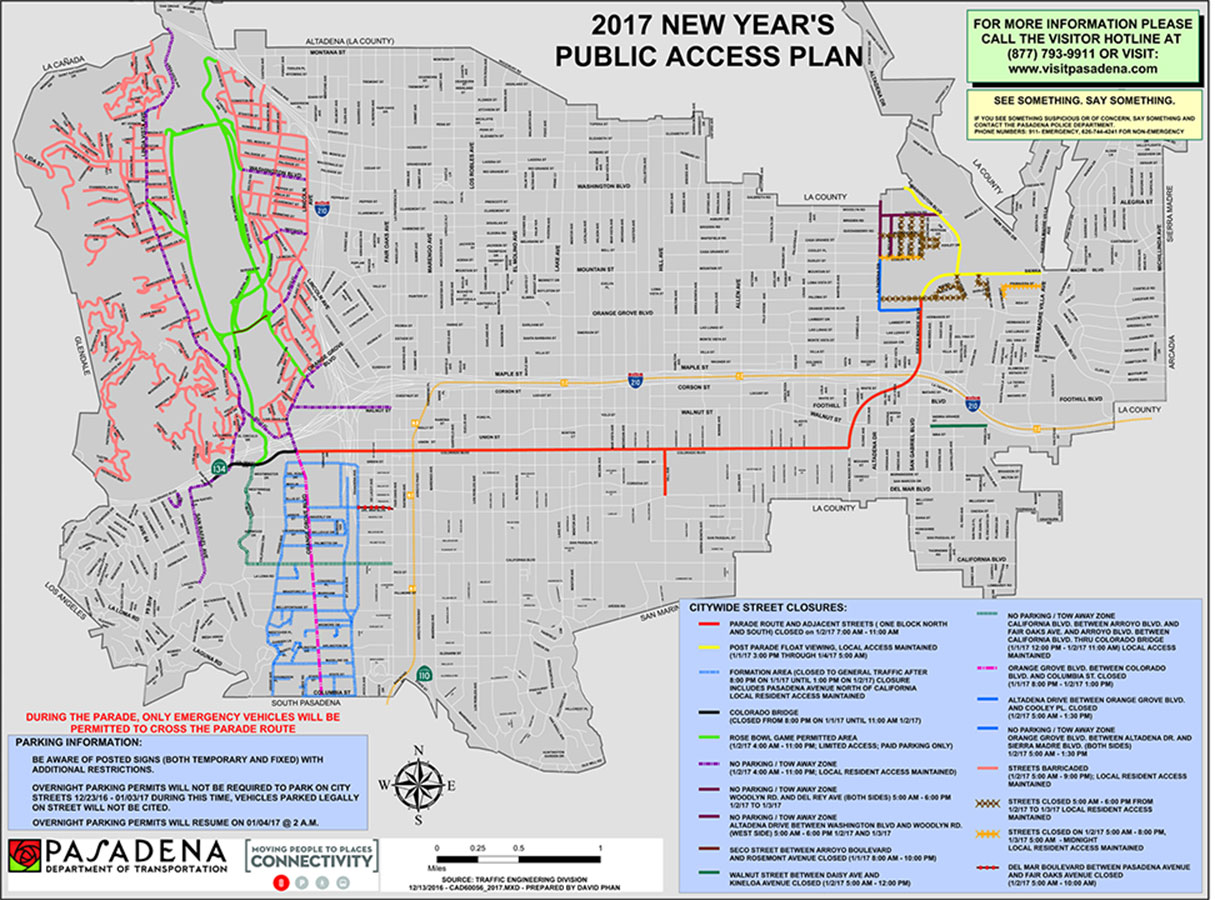 Viewing the parade from the curbside is free in designated areas.

Parking for the parade is offered on a first-come, first-served basis. There will be several parking lots and structures near the parade route. For information on reserving a parking spot, click here.

PRO TIP: If you're planning to attend the parade or game, ARRIVE EARLY.

This year, new vehicle barricades will be placed along the parade route and other key areas at the stadium. Some road closures will begin early, but the main parade route and key intersections will not be fully closed until 7 a.m.

Drones are prohibited at both the parade and game. Umbrellas and selfie sticks are also not allowed inside the stadium or within the secured grandstand area of the parade at TV Corner, which is located at the intersection of Orange Grove Boulevard and Colorado Boulevard.
Pasadena police urged anyone witnessing suspicious activity to call 911 for emergencies or (626)744-4241 for all other calls.

Those attending the Rose Bowl Game will be screened through metal detectors and a clear bag policy will be enforced.