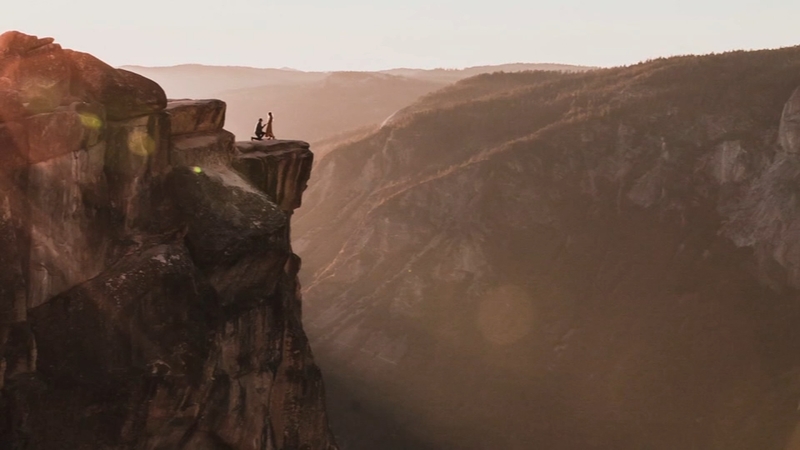 The Alhambra couple visited Yosemite on Oct. 6, but had no idea their special moment was captured by photographer Matthew Dippel. Unaware of who the couple was, Dippel took to twitter for help with his search. The photo went viral and the couple saw it on the news.

Vo actually proposed to Ngo back in February. The second proposal was a surprise to Ngo, but Vo had it all planned out, even using a different ring.

"I actually gave her a Ring Pop the second time around and then I ate it afterwards," said Vo.

When the couple got in touch with Dippel, he posted on Facebook, "Update, I found them." The photographer has sent prints of the photo to the couple, who plans to wed next year.

"We've been getting messages from all over the world actually, it's been awesome. People from the Netherlands, the Philippines. Everywhere. They're just sending messages with well wishes. It's a great feeling that there is positivity out there," said Vo.
Report a correction or typo
Related topics:
societyalhambralos angeles countyengagementyosemitephotographyweddingfeel good
Copyright © 2021 KABC-TV. All Rights Reserved.
More Videos
From CNN Newsource affiliates
TOP STORIES