KABC
By Carollyn Nguyen
ORANGE, Calif. (KABC) -- What scares you the most? Chapman University has released a study on Americans' greatest fears.

Researchers surveyed 1,500 participants from across the U.S. and looked at fears related to crime and natural disasters. They even touched on the fear of pandemics, such as Ebola.

Topping the list of what it calls "personal fears," the study found that one in four Americans is afraid of walking alone at night.

According to the study, watching a lot of television and having a lower level of education were the most consistent predictors of fear.

Key results from the study:

Top 5 things Americans fear the most

Top 5 things Americans worry or are concerned about 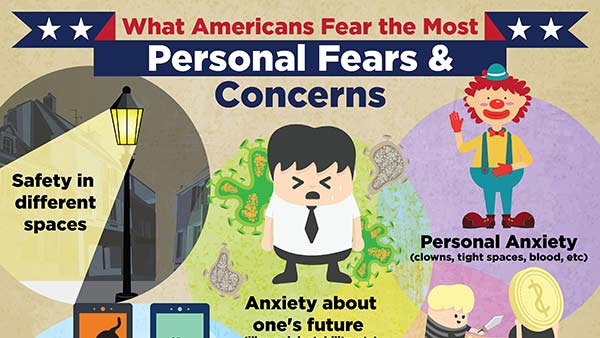 PHOTOS: Americans' biggest fears
What scares you the most? Chapman University has released a study on Americans' greatest fears. See results! 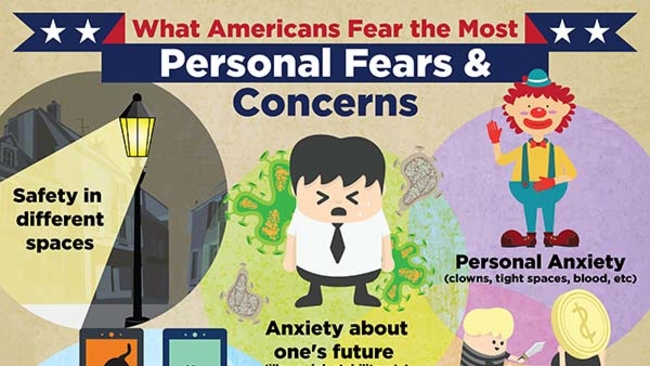