Jellyfish, sharks and other beach dangers to be aware of this Memorial Day weekend 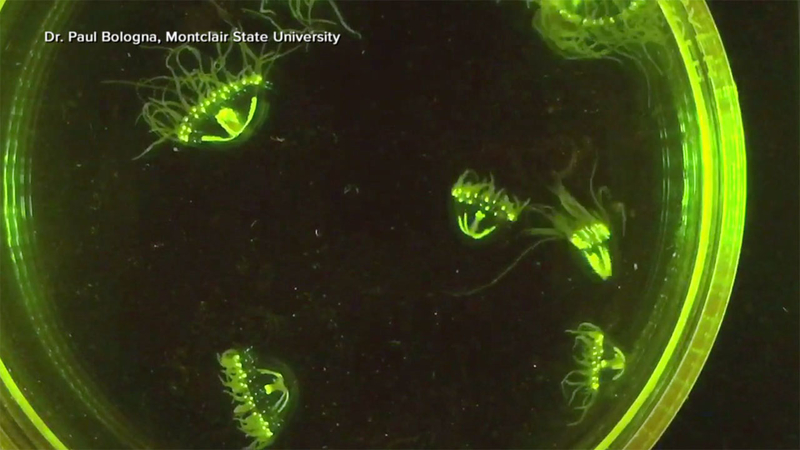 Beach dangers to be aware of this Memorial Day weekend

As millions of Americans head to the shore this Memorial Day weekend for the unofficial start of summer, experts are warning the public to be vigilant about potential dangers in the water.

From New Jersey to Maine, there have been reports of toxic jellyfish in the water, and experts have discovered up to 300 of the spider-like jellyfish in a single day.

"These are called clinging jellyfish. They're very small. They're about the size of a dime to a quarter," Dr. Paul Bologna, the director of Marine Biology and Coastal Sciences at Montclair State University told ABC News.

A sting from a clinging jellyfish isn't deadly, but it can cause excruciating pain. While coastal beaches are generally safe, you could encounter the tiny clingers while swimming in a back bay.

"We find these are in these shallow regions -- estuaries and bays -- where we've got a lot of algae or a lot of seagrasses. They sort of cling into these shallow areas," Bologna added.

A great white shark that pinged earlier this week off the coast of Long Island also has officials on alert.

The 500-pound shark named Cabot was tagged by OCEARCH researchers last year. The organization maintains an interactive map showing all the tagged sharks up and down the Eastern Seaboard.

"This is a very dynamic time of year because water temperatures will rise and those temperatures are compatible and provide optimal habitats for the sharks," shark expert Dr. Greg Skomal told ABC News.

There are other concerns beyond living creatures. In the south, beachgoers in places like Texas and Florida are facing the threat of dangerous rip currents and high tides.

Along the Gulf Coast, red flags are up and some beaches are closed. Officials there are encouraging swimmers to stay near lifeguards.

Partygoer at Missouri's Lake of Ozarks positive for COVID-19